Away for a Month – Getting There

Away for a Month – Getting There

April 30th was the start of our long-awaited month long trip through France and Spain. We had booked an overnight ferry from Portsmouth to Le Havre and set off from home in Kent nice and early to make sure we weren’t late. Unfortunately being so keen to get away meant that we were actually 4 hours early and had to sit in a pub trying not to drink too much, waiting for our crossing at 11.30pm.  We chose the overnight DFDS ferry from Portsmouth to Le Havre so that once we arrived it would only be a couple of hours drive to our first stop in the Loire Valley.  It is a very basic ferry but has everything you need and for an overnight crossing perfectly adequate.

There were only 3 cabins left when we booked and we ended up with a disabled cabin.  We felt really guilty heading straight into our huge cabin right by the reception desk! We had a fine set of bunk beds and just got in and went straight to bed. We both had a set of ear plugs to wear because it was quite noisy and we wanted to try to get a good night’s sleep.  By morning, once I took them out after a really bad night’s sleep, my ears were completely blocked and I could hardly hear. until about 3pm in the afternoon!  Not quite what I had planned. 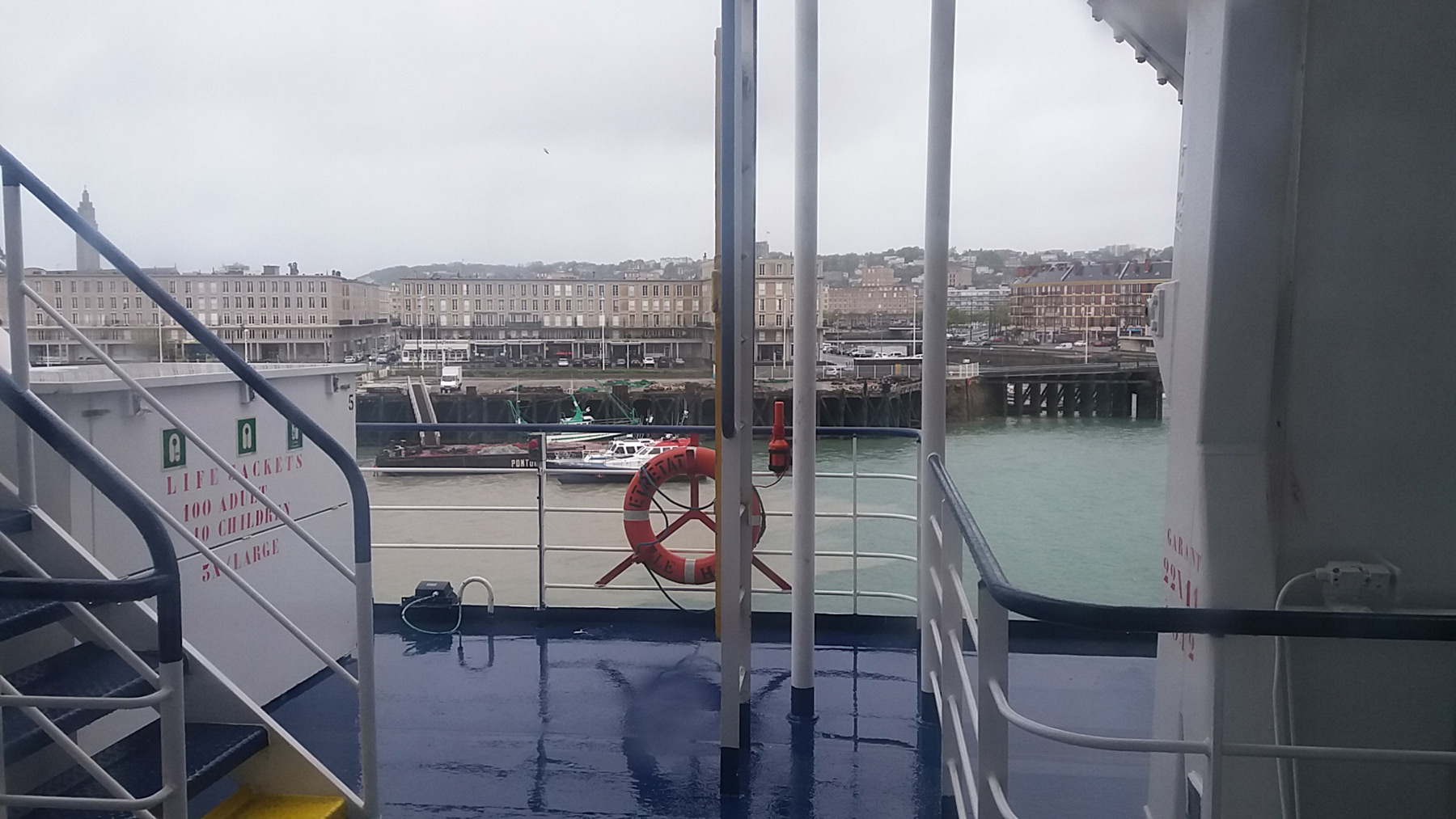 We arrived at Le Havre at about 8.30 am in the rain. Not the start we were hoping for! It was quite chilly too. We were heading for the Loire valley on our first day which was about a 2.5 hour drive so we set off but stopped quite soon for breakfast at a cafe by the road. There wasn’t anything obvious for breakfast (our French language skills – as our French sister-in-law will tell you – are non existent!) so we chose Saucisson American which we thought would be a hot dog. In a few minutes after ordering it became clear that it was indeed a hog dog – but one about a foot long together with a giant pile of chips!! Not such a PETIT dejeuner!