Loving the Loire and Chateau Chaumont

Loving the Loire and Chateau Chaumont

Passing through the Loire valley we stopped off at Chauteau Chaumont.   We’ve previously visited Chateau Chambord and Chateau Chenonceau last time we were in the Loire and we really enjoyed both so were looking forward to visiting another.  We chose it partly because it was conveniently placed on our route but also because it just looked appealing with a large area of ornamental parkland, right on the river and a garden and art installation exhibition in the grounds.  Again it was just a passing through visit rather than an overnight one so we just parked in the road under some shady trees just before the entrance.  There is also a large car park with a height barrier but it seemed to have space for motorhomes in the coach parking area. 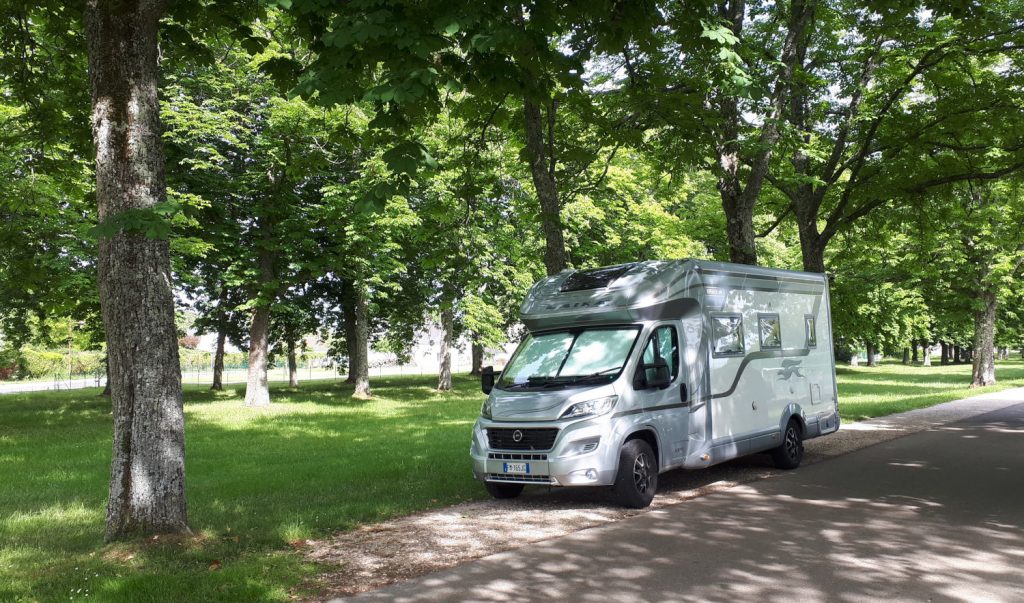 Buzz Laika the motorhome nice and shady in a nearby road

Unlike the other two chateaus, Chaumont doesn’t have a grand entrance. There is just a gate off the road which takes you into the grounds via a few other buildings, a vegetable garden and restaurant. Don’t be put off by that though, it’s beautifully set in the grounds which are mainly lawn with walkways winding through and views along the river.  Before we made our way through to the chateau we visited the garden exhibition.  It was a bit like a mini ‘Chelsea’ garden show with several themed little gardens following the theme of “Gardens of Paradise”.  The event is now in its 28th year and lasts for several months from April to November.  We must admit these types of themed gardens aren’t really our thing. We’d much rather see some pretty plants and natural colour than modern, manmade structures but a few of them were quite eye-catching. 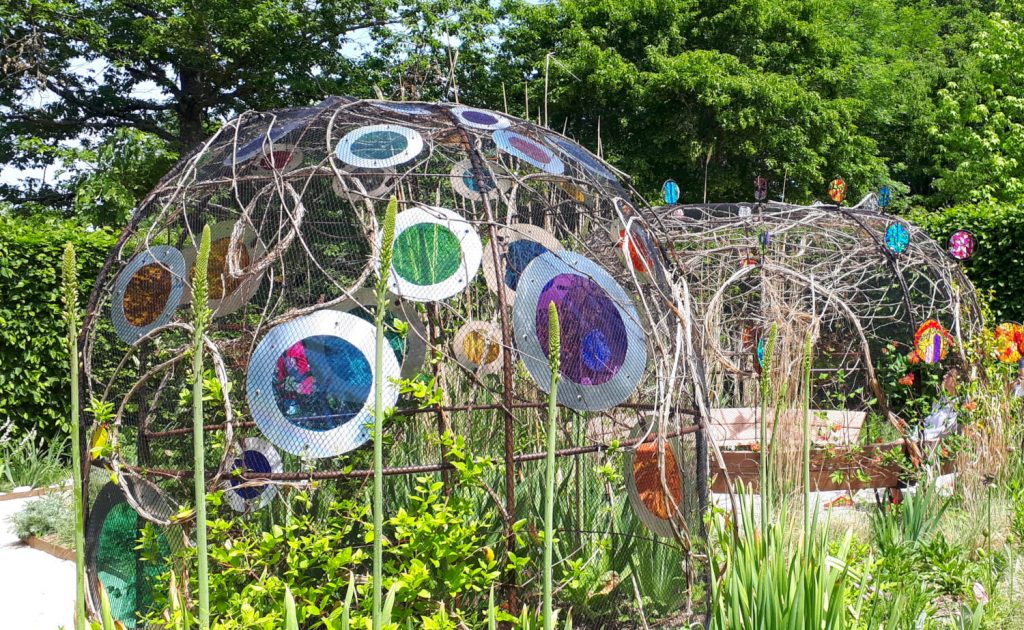 Rounding a corner, the chateau finally came into view and it was a sight for sore eyes. With fairytale towers and arched entranceway it looked beautiful and we could see a glimpse of the Loire river just behind.  It was built in the year 1000, burnt to the ground in 1465 then rebuilt several years later.   The entrance ticket allows you to explore a large part of the chateau including the historic appartments where there are some magnificent tapestries on display which have never left the room. There are some fully furnished rooms with heavy, dark furniture, some impressive old fireplaces and a grand stone spiral staircase.  You can also wander through the more modern private appartments which are less interesting and sparsely furnished and some of the largely unrenovated areas which you don’t normally get to see. 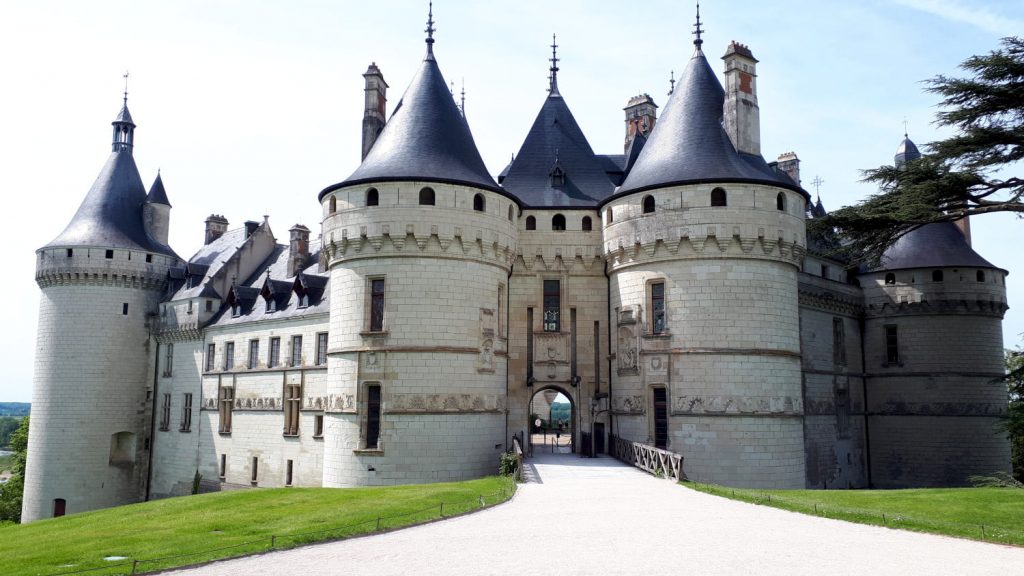 From the photo above it looks like we were alone but there were loads of people around and it took an age, waiting for a split second moment when there was nobody on the path!  In the grounds there were about a dozen large scale art installations, all completely different and made from various materials. Although the grounds have changed a lot over the years there are cedar trees still standing today which were planted by the owner of the château between 1830-47 and a linden-tree-lined walk and several chestnut trees from the 18th century. 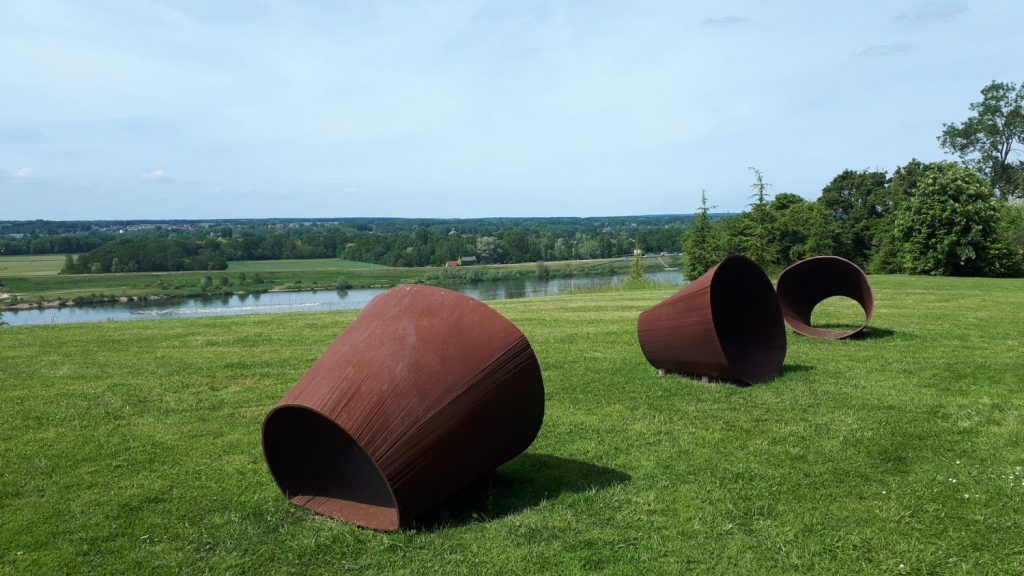 The chateau has its own superbly built stable block commissioned by the Prince and Princess de Broglie built in 1877, aiming to be one of the most sumptuous and modern in all of Europe.   There are two courtyards a grand stable block, exercise ring, kitchen and boxes for purebloods.  The impressive saddle room contains magnificent leather harnesses, made by Hermès, Clément, Adler and Adam and has been beautifully preserved.  The ‘Gala Saddlery’  is now regarded as one of the finest saddleries in France. 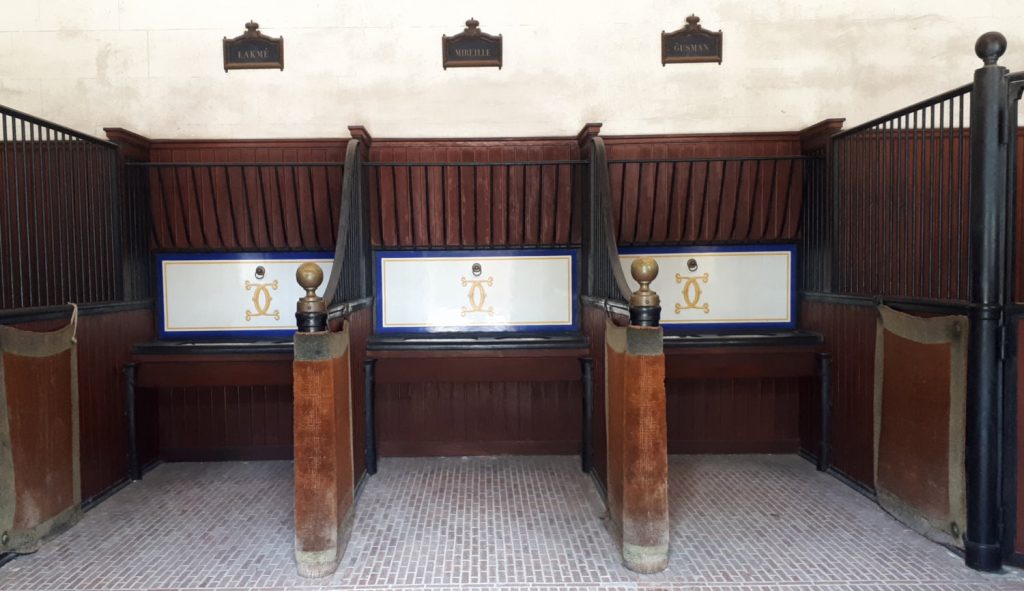 The gardens also have a ‘hot house’ which was a sweltering greenhouse complete with tropical plants and a giant banana tree.  We didn’t spend too much time in there but by the time we came out we were gasping and the previously warm air outside suddenly felt cold.  A smaller greenhouse held an orchid display full of colourful, and unusual (at least to us) plants. 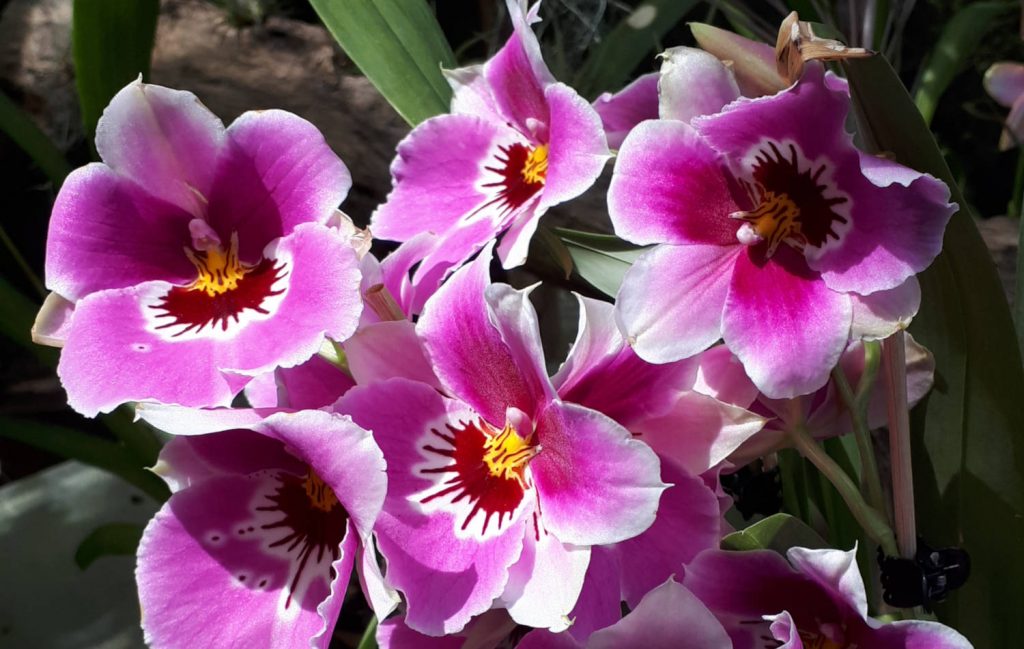 We completed our visit by looking at the vegetable garden but there weren’t actually many vegetables to see. It seemed to be mostly herbs so wasn’t exactly highlight of the day. By the time we got back to Buzz it was about mid afternoon and we expected inside to be pretty hot. Luckily we’d parked the motorhome in the shade and it was still in the shade so it was actually quite nice and cool inside.  With only one more place to visit before we would have to set off for Calais we wasted no time (except for a quick coffee) and set off on our way again.