Enjoying the high life in Andorra

Enjoying the high life in Andorra

With our aim to be in Spain for a good friend’s special birthday we carried on our journey via the small Catalan enclave in the Pyrenees and one of Europe’s smallest countries Andorra. Not knowing much much about Andorra we intended to spend just the 1 night there to do some walking and a bit of tax free shopping. Arriving in the Pyrenees fairly late we decided to stay at a motorhome aire just on the French side of the border at L’Hospitalet-pres-l’Andorra a train station side parking place that turned out to be remarkably quiet considering it’s position. 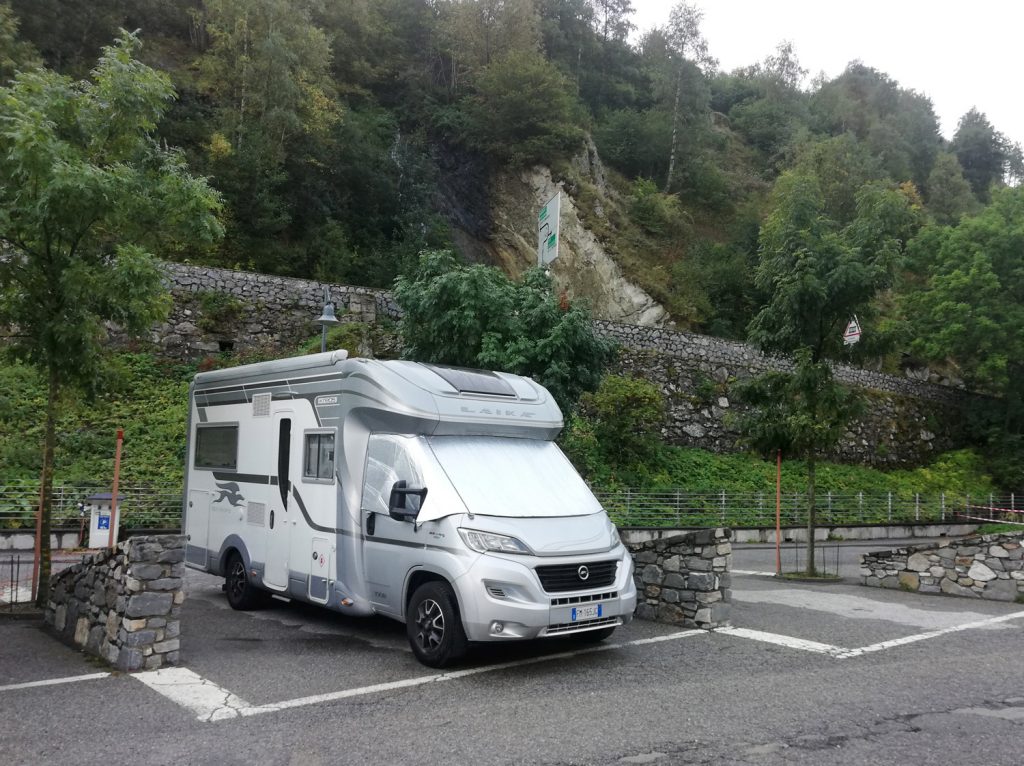 An early and somewhat chilly start saw me making for the local boulangerie for some fresh croissants and a couple of pastries all of which were delicious, preparing us for the short run up into Andorra.  We set off with ribbons of long lying cloud draped across the valleys like cobwebs. As you drive into Soldeu you realise very quickly that this is where the French come to stock up on everything especially fuel with people and cars everywhere looking to spend their money, park or queuing for fuel.  We didn’t want to get embroiled in that so we just drove on through. We were heading for the heights in fact a ski station at Vallnord-Ordino Arcalis via Ordino the station is at the end of the road (CG3) sitting at around 2200m, with plenty of parking and walks. 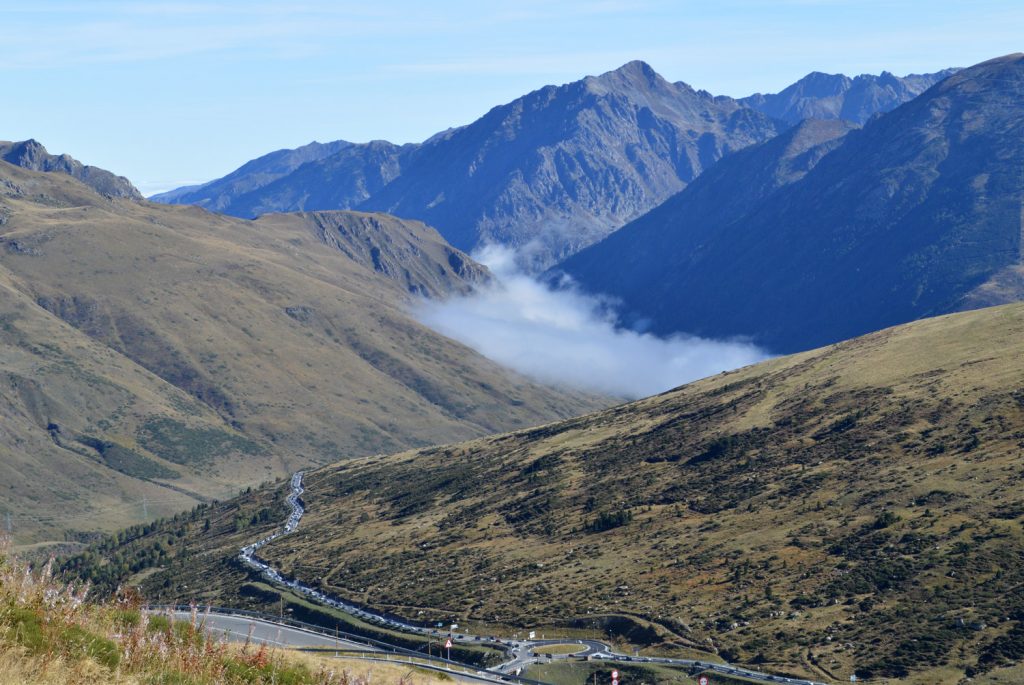 Half way we stopped for a coffee break in Graul Roig ski station with some great entertainment – an obviously very new learner driver sputtering, stopping and starting as they used the space for a driving lesson without great success!   It’s a slow long climb up what are very good roads and before long we reacheded a vast virtually empty 1700 space car park at the closed ski station and worth the drive just for the views.    Though that wasn’t enough for us and with flask and snack we set off climbing the mountain in front of us up to the Lagos de Tristaina. This is where 3 lakes feed the river La Tristaina situated in the Northeastern corner of Andorra. The climb up isn’t the hardest we have done but takes a little effort and a bit of scrambling but once you cross over the top the view into what looks like an old volcano with cliffs all around the lakes is stunning. 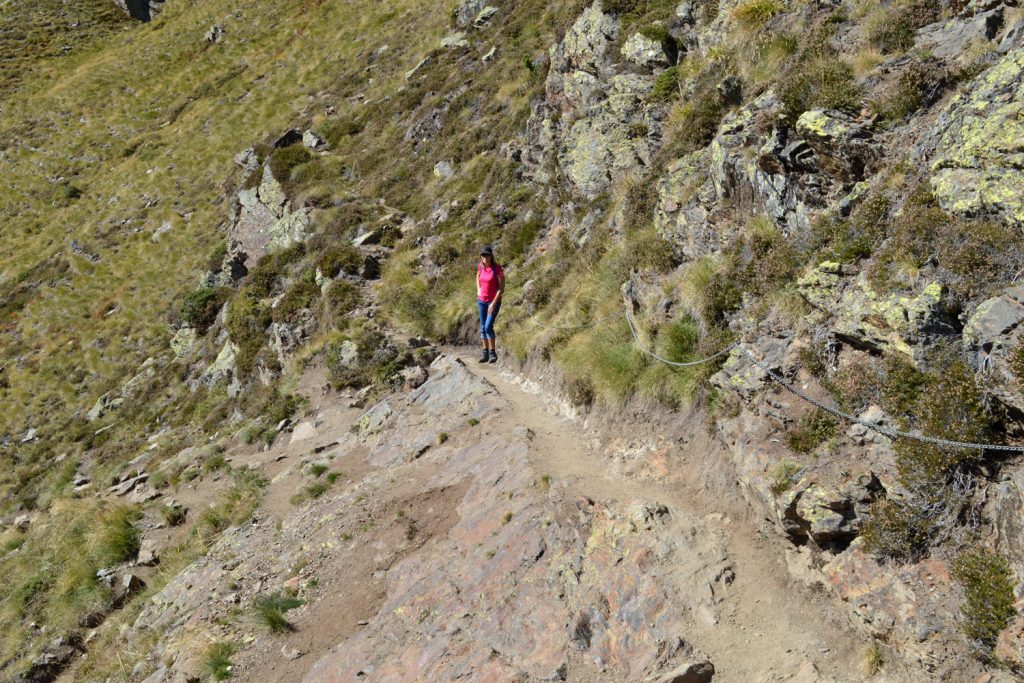 Andorra – it did get tougher as we climbed

Perching ourselves in the sun it was time to sit and have a coffee and as we were feeling pleased with ourselves that we’d brought a flask and one of the pastries from the boulangerie.  This soon turned to annoyance though when we suddenly realised we hadn’t actually brought any cups!  Afterwards we had a wonderful walk around the lakes, with crystal clear water the whole scene is glorious and worth the drive and walk.   There were a few people fishing in the lakes and even one brave soul taking a dip in the undoubtedly very cool water.  The walk back down as always was a little slower but nonetheless just as enjoyable as the climb and as always it is comforting slumping down with a nice hot drink and a few minutes to reflect before moving on. We decided to stop in Ordino on the way back down where we parked in a car park not quite sure if we were allowed but it was fine. 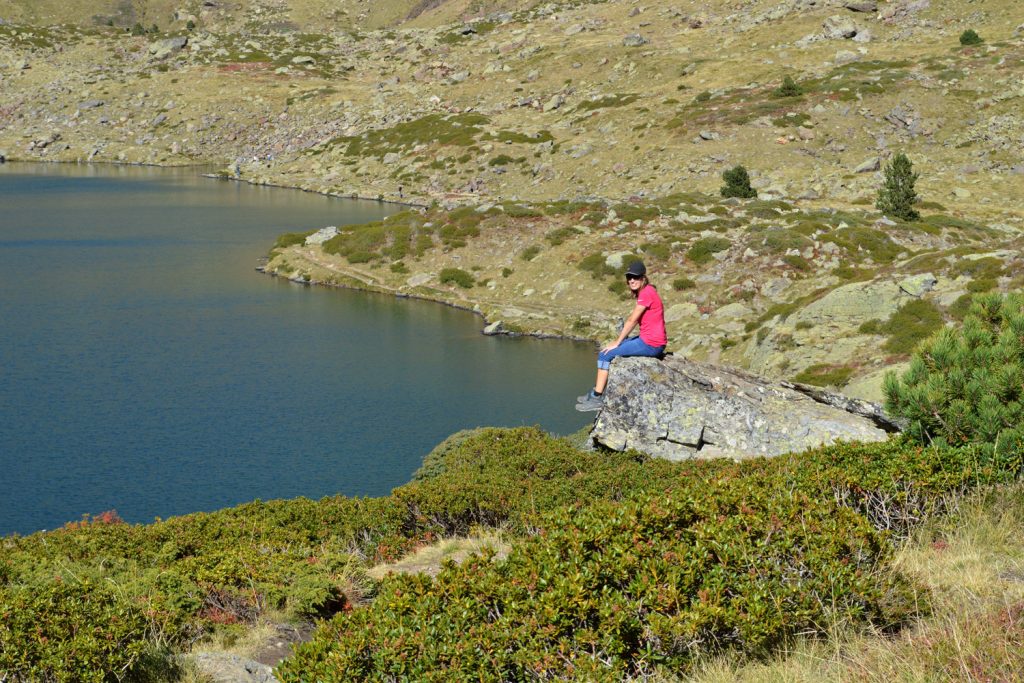 Andorra – taking in the view of the lakes

While getting the ticket I ended up in conversation with a pair of Frenchmen discussing Buzz.  They were trying to work out the internal configuration and after a bit of a chat one has  a motorhome the other is looking to buy one and they were considering the relative merits of the different layouts. Also they, as most are, were confused by the English couple in a right hand drive Laika motorhome with Italian registration plates, they were both suitably impressed by the answer saying what a job we have and wishing us a Bon Voyage. 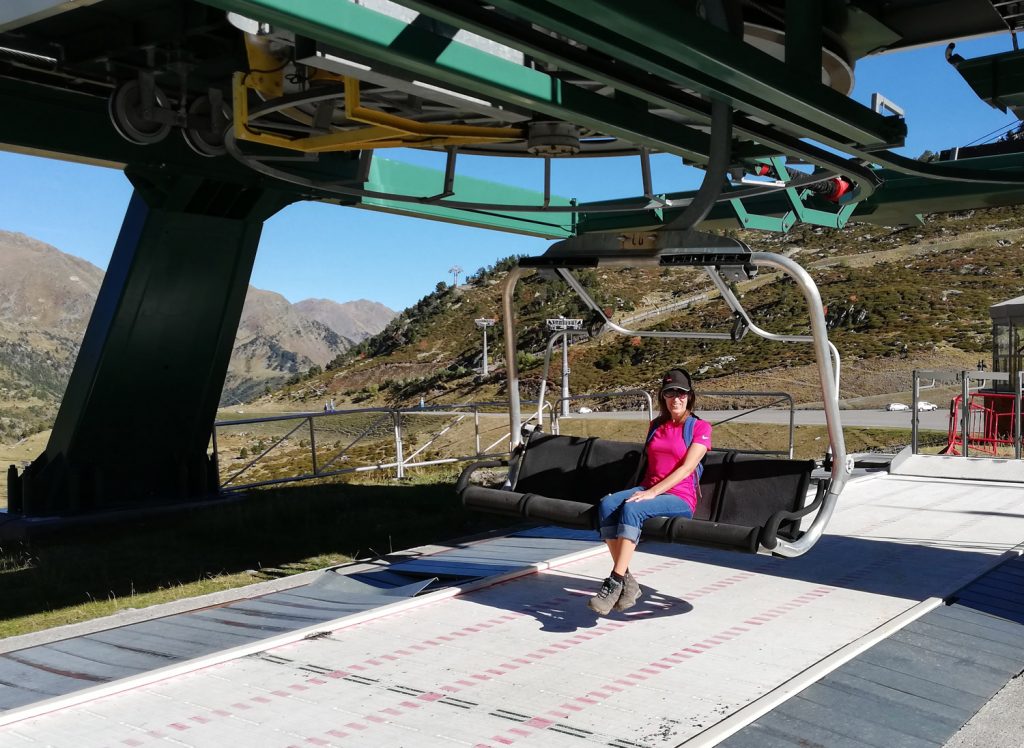 Andorra – it’s a long wait for the ski season

Before continuing our journey we needed to find services and there were some right there in Ordino.  Once we had squeezed through the quite narrow entrance, filled up and emptied out, we then had to squeeze out the other side, avoiding a van parked right across the corner then straight through a tunnel where two not very helpful motorists had decided to park making it even tigher to get through.  We came through unscathed though and so it was that we headed for our overnight stop, driving through the capital – Andorra la Vella – due to parking difficulties and made for the River de Loria shopping centre at St Julia near the border with Spain. The centre has a large free motorhome parking area with free services and of course a large duty free shop. After availing ourselves of some ridiculously cheap duty free spirits (obviously within legal boundaries), we settled down for a quiet night contemplating just how much tax we actually get stung for on some of life’s little pleasures and how we haven’t seen prices like that in a very long time. 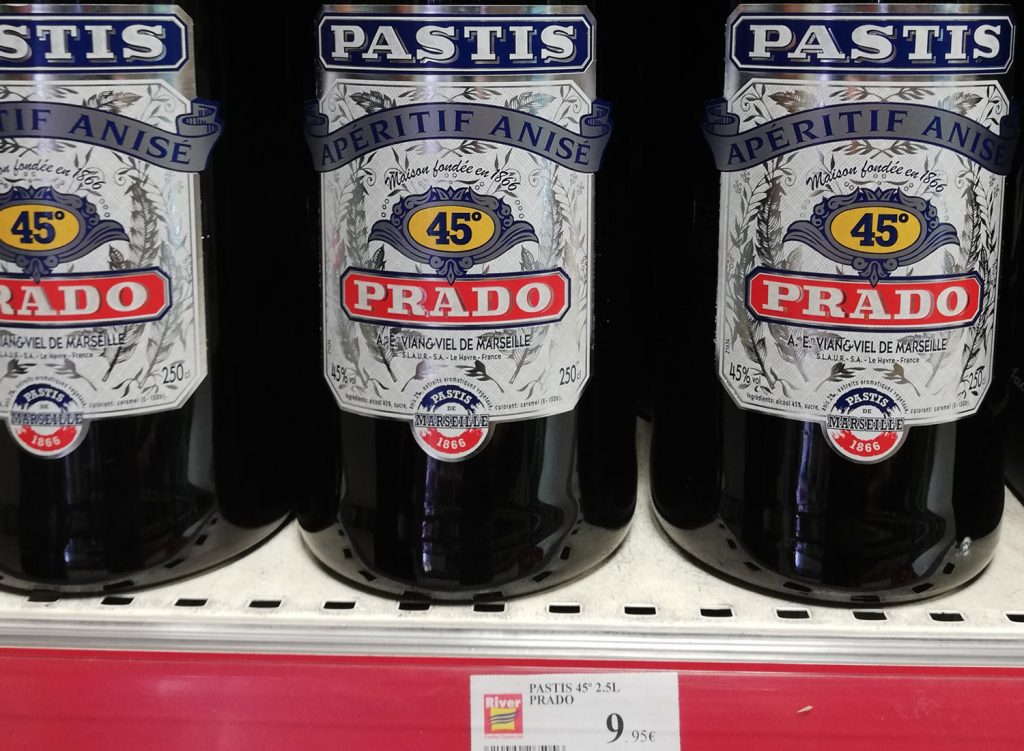 The evening was surprisingly mild and it was still a cosy 22 degrees at 8pm.  In the morning after a lazy breakfast it was time to leave Andorra after a short but sweet visit, topping up with diesel at 1.02 euro a litre we made for Spain. Just one more obstacle lay ahead, Spanish customs where all motorhomes appear to be stopped and so it was with us. The question was simple and to the point,

“you have cigarettes, alcohol?”

“we are touring Catalonia, Valencia, Murcia ”

“Ok don’t bother you can go, are you going to Cadiz? ”

“Not this time we have been there”

“Enjoy your trip” at which point we didn’t argue and left, so remember if you go to Andorra you will have to go through customs so don’t over do it. For us Spain beckoned, will we go back to Andorra? absolutely the country is stunning, clean and the roads are in excellent condition and of course it is amazingly cheap for certain items.