High in Harlech, and Low in Fishguard

High in Harlech, and Low in Fishguard

Our intention had been to visit the Welsh resort town of Porthmadog next.  We were going to spend the night and have a bite to eat and a drink, but they have stopped any overnight parking in their empty car parks so we decided to look elsewhere.  We are the past the point of worrying about not being able to go to a particular place, as there are so many other places to see.  So we looked around  and headed to Harlech instead where we found a simple site in a car park in the shadow of the castle for a small reasonable fee, payable at the community pool opposite.  Not only is Harlech home to a Unesco World Heritage castle, it is also home to the steepest street in the world, although we didn’t know that until after we’d left! 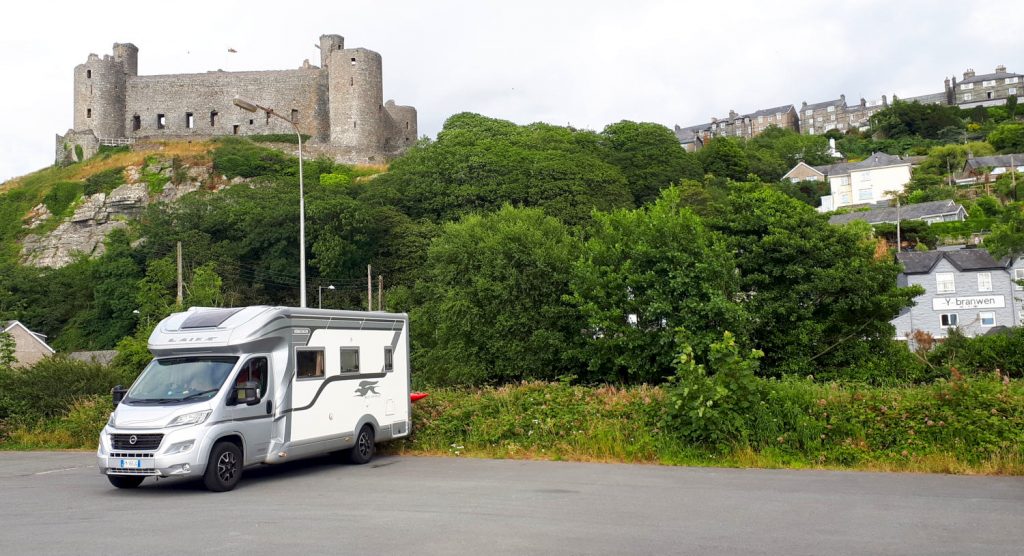 Our route to the castle from the car park was steep enough. The vertiginous little lane winds up and around to the castle, but the steepest part is just a little bit further along at Ffordd Pen Llech. Strangely we found out about it listening to the radio a few days later and we were half disappointed that we hadn’t known and gone there, and half relieved that we hadn’t had to walk up it! 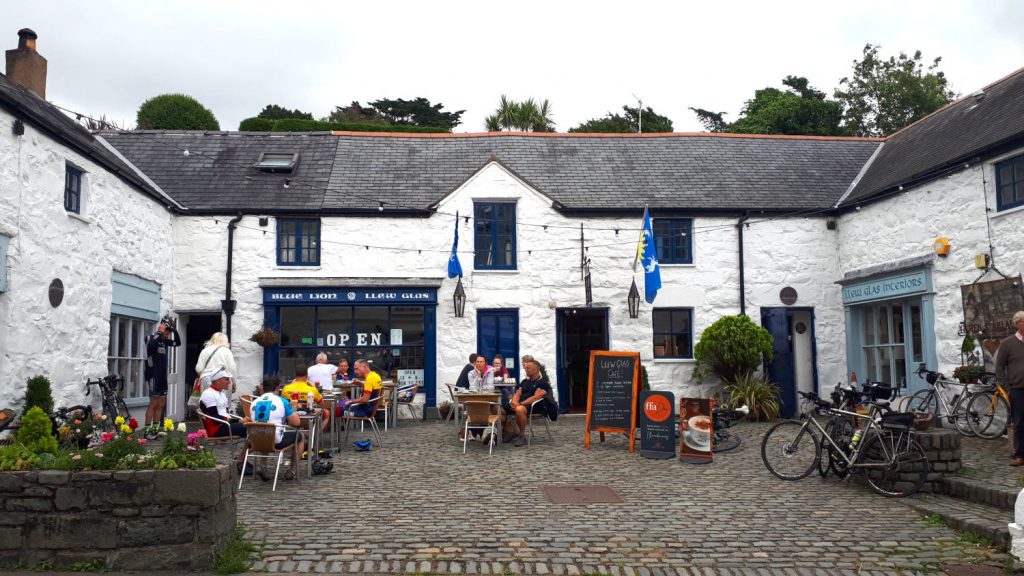 One of Harlech’s cafes, very popular with cyclists.

There really are a lot of castles here in Wales, leading to it sometimes being referred to as the ‘Castle capital of the world’. At one time there were 600 castles here and these days there are around 100 that can be visited, 4 including Harlech being part of the World Heritage site. There are more castles here per square mile than anywhere else in the world. So if castles are your thing Wales will be right up your street!  Harlech is a very small town with a couple of pretty little streets occupied by bric a brac shops and cafes.  An amazing aroma was wafting out of the Old Cheese Market Fine Food Shop and we went in to be greeted by freshly cooked pasties just out of the oven.  We bought a couple of varieties to share for our lunch, hoping to get them back to the motorhome while they were still warm.

Pasties polished off we made our way to Fishguard, parking in the Lower Town car park by the sleepy little harbour and had a wander along the bay, past the pretty painted houses and moored boats.  The lower part of town is tiny with just one cosy pub stuffed full of nautical memorabillia, The Ship Inn.  We got chatting to the landlady in the pub and found out she and her husband used to be motorhomers themselves, but then decided to buy the pub in Fishguard.  She advised us on where to park overnight as we weren’t entirely sure, but she asked us not to shout about it. Goes to show – when in doubt ask a friendly local! 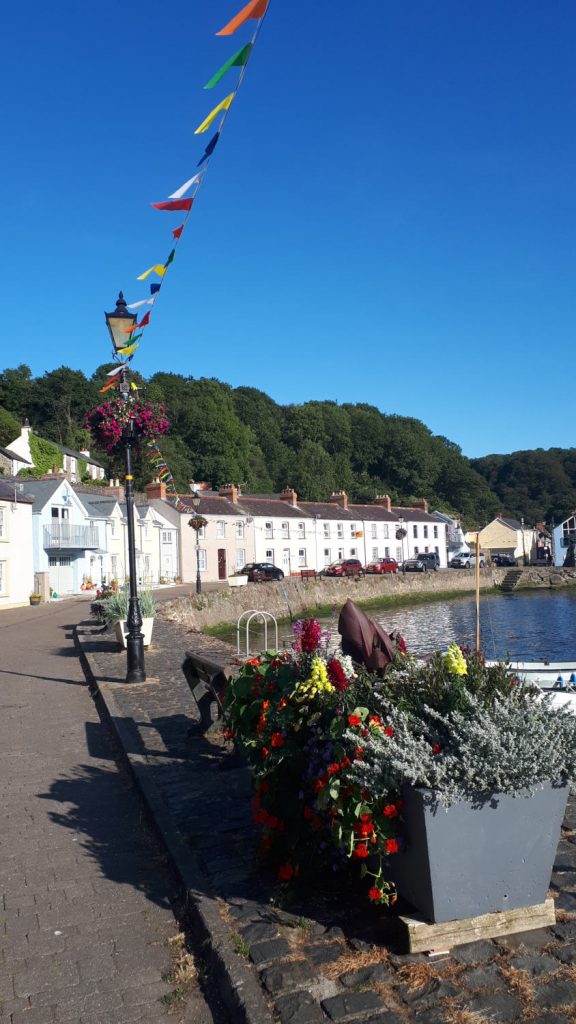