Lions and lighthouses in Bavaria

Lions and lighthouses in Bavaria

As we carried on through the southern part of Germany slowly making our way towards France and Spain we had to visit Lake Constance (Bodensee) a large fresh water lake with parts in Switzerland and Austria as well as Germany. Stretching for nearly 40 miles with a maximum width of nearly 9 miles, this pretty lake has been a hub of activity, trade and recreation for a very long time. With the Rhine flowing in through and out of the lake it has held a strategic point and been fought over on several occasions but today it is a beautiful peaceful place with many cities and towns dotted around its shores. 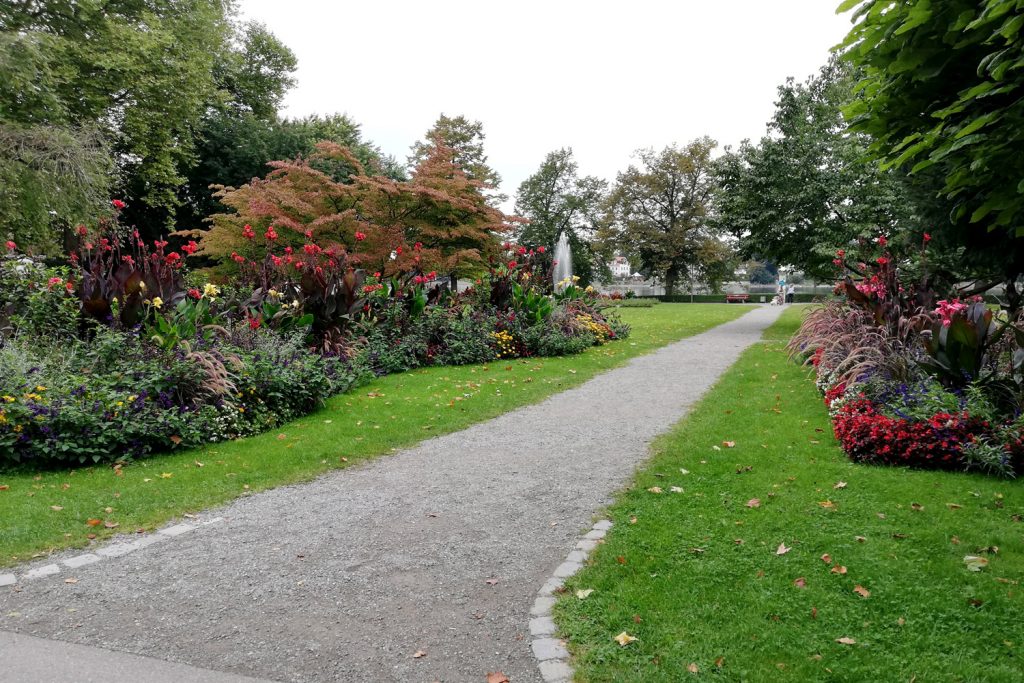 We made for Lindau an ancient town sitting originally on an island (Lindau) but now spread across the island and shore with the main attractions being the old town and harbour on the island and especially the old harbour entrance with its light house sitting on one side and a giant statue of a lion on the other (the Bavarian Lion) both dating from the mid 1800’s when a new harbour was built. 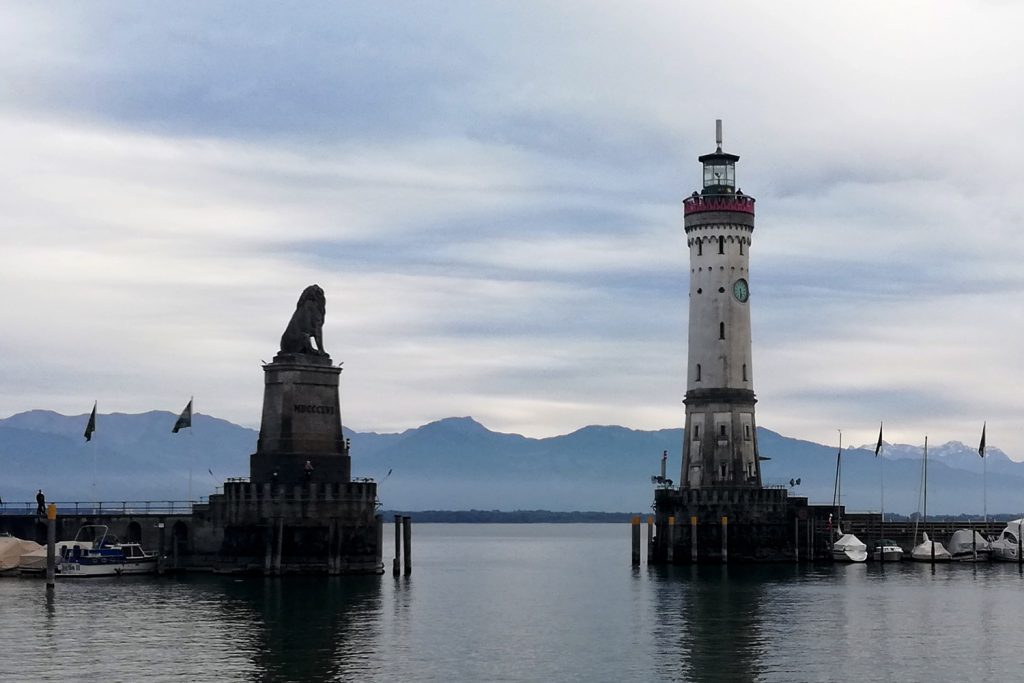 We parked Buzz in a large local Stelplatz with plenty of space but at 20euros for the night we felt we would probably move on after exploring the old town, just 15 minutes walk away. Crossing the road bridge onto the island past a colourful park we were at first slightly disappointed by the seemingly lacklustre town, however we were soon to realise that feeling was a little premature. 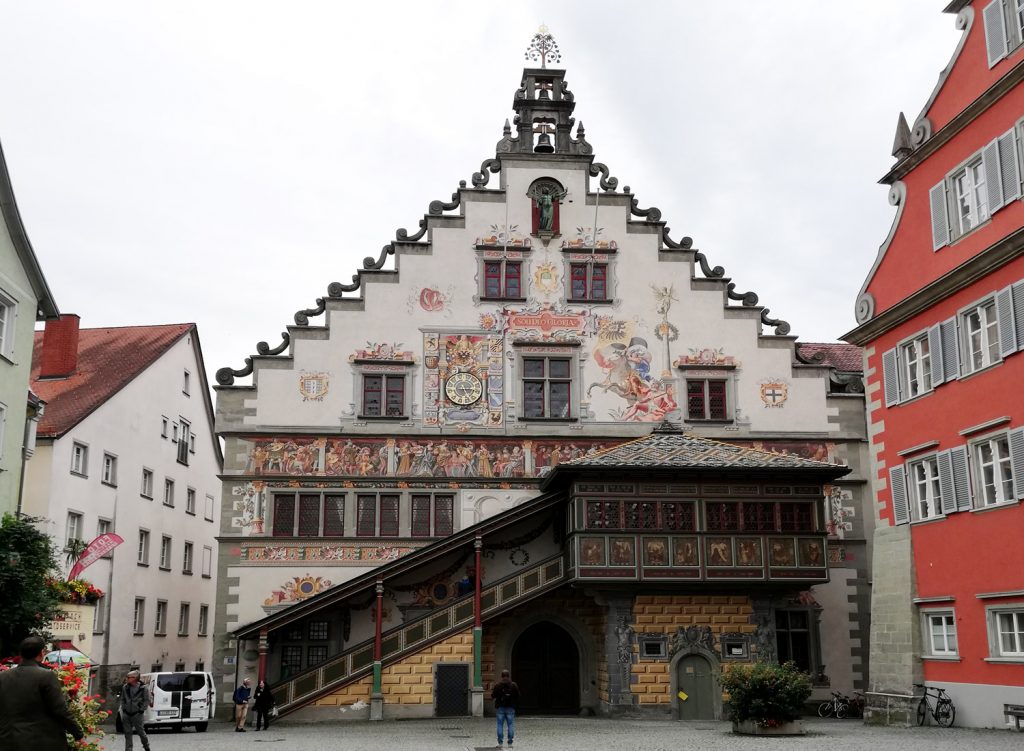 As we made our way slowly into the centre the change was startling, with lovely streets littered with shops and restaurants and alive with people eating, drinking and shopping we really settled into our exploration. Finally reaching the old picturesque harbour with its impressive old lighthouse, (Bavaria’s only one although not totally unexpected considering it is land locked) opposite the equally impressive Bavarian Lion statue. Although we only spent 2 or 3 hours exploring Lindau it is a lovely town and definitely worth a visit but for us on our budget 20euros was a bit much so with that in mind we headed back to Buzz to look for cheaper accommodation for the night. Finding a lovely isolated parking spot in the Bavarian forests (N47.573579 E 9.707821), parked and happy we settled down for the night aiming to make for Meersburg another Lake Constance town in the morning. 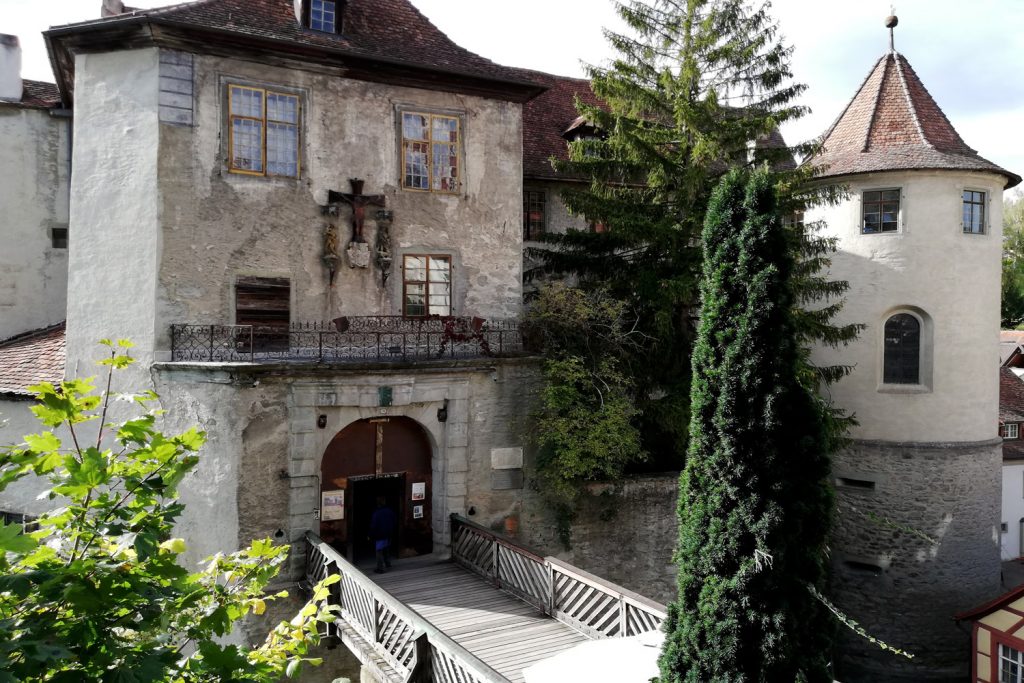 Leaving Bavaria and driving into Baden-Wurttemberg we made a rather slow journey to Meersburg, due to a very unfortunate accident involving a motorhome along the way. However although the motorhome looked to be in need of some serious TLC everyone seemed to be ok including the mother and small baby in the front passenger seat. 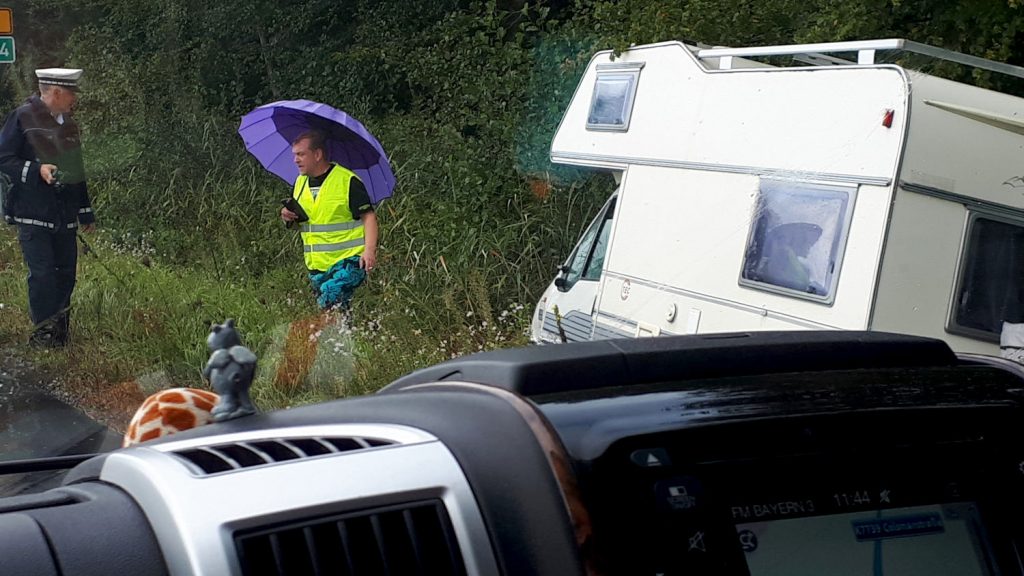 Meersburg incident, the cause of our delay

So much later than expected we arrived at Meersburg which means Castle on the Sea, though this town actually has 2 castles one one ancient reputedly built in 630 by King Dagobert 1. The other not so old built in the 1700’s was home to the bishop of Constance and is now a museum. 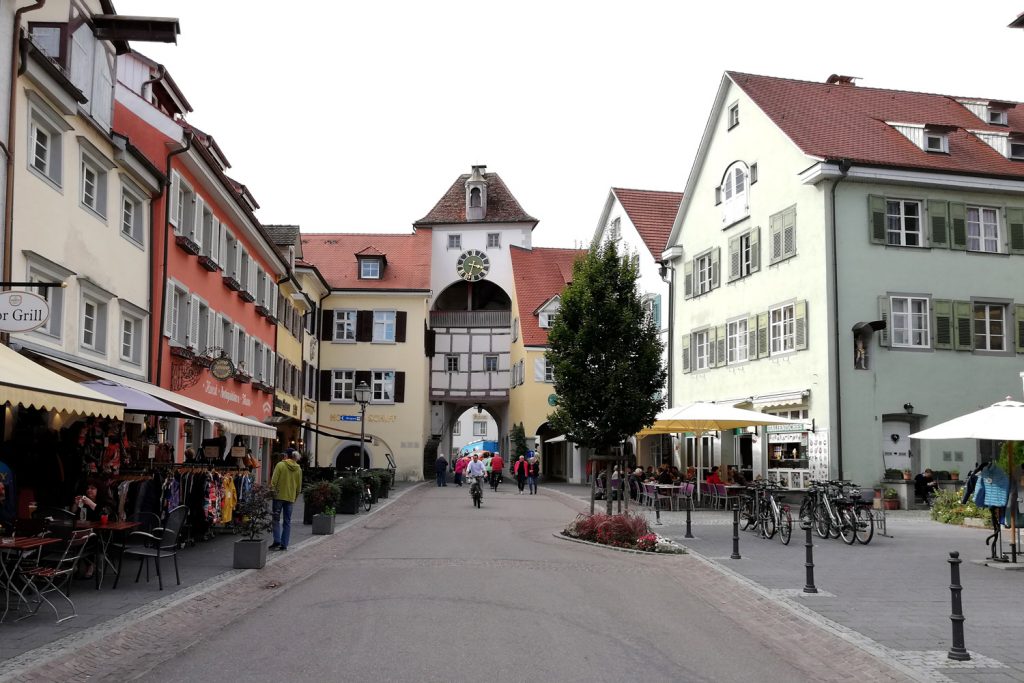 The old medieval city was built on 2 levels giving it much of its charm, the Unterstadt (lower town) and the Oberstadt (upper town). Both pedestrianised they are connected by stairs or a rather steep street, we loved the charm of this lovely town with a dual identity stopping harbour side for our first German Schnitzel and simple but delicious it was washed down with a nice cold beer. 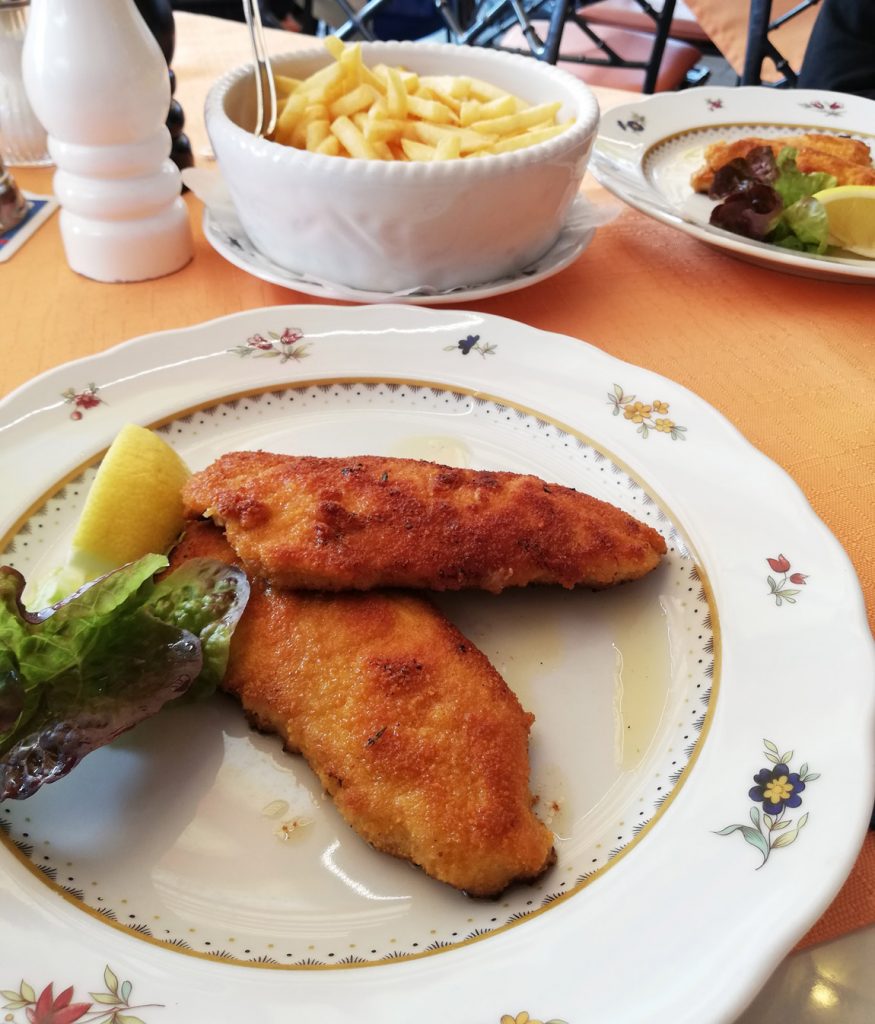 The lower town was bustling and full of people enjoying the warm sun, as we walked around the lower and upper towns grapes were arriving fresh from the vines to be processed right in the town with at least 2 producers taking delivery for production. At one the already stripped stalks and grape must was being dispensed into a tractor to be taken away. As this is a town of 2 halves and having had lunch in the lower town we felt it only fair to round off our visit with Kaffee & Kuchen (coffee and cake) in the upper town, well why wouldn’t we?

With lovely timber framed houses, open squares and a whole host of ancient buildings and a convivial atmosphere, Meersburg has got to go on the list of places to visit if you are in the area but for now for us it was on to Schiltach heading towards Triburg.