As we ticked past the 2nd anniversary of our time with Buzz on loan from the lovely people at Laika and the Erwin Hymer Group, it seemed a good time to reflect on the last 2 years. 2 Years with our Laika Kreos 3008 (Buzz) that have changed our lives beyond recognition and as we sit on Marcella’s parents’ drive in a world likewise in the throes of dramatic change and an unknown future. 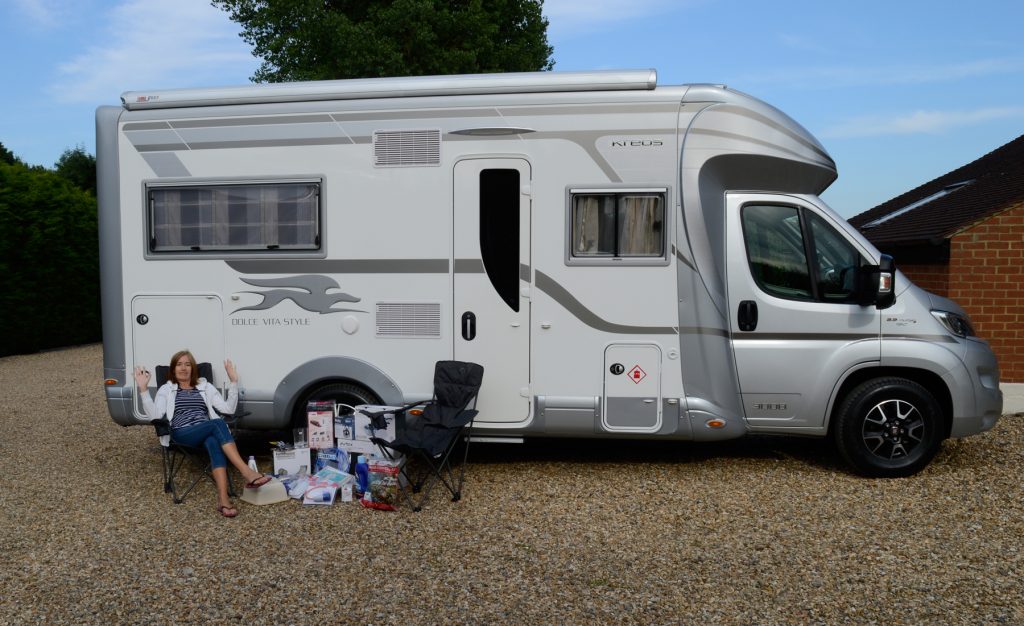 It never ceases to astound and amaze us how lucky we were to have been given the opportunity to live and experience the incredible adventure we have been on. In many ways it feels almost like yesterday that we boarded a train at Sevenoaks heading for Hilsea station, Portsmouth and a short walk to Southdowns Motorhome Centre. After a comprehensive introduction to the Laika Kreos 3008, the motorhome that was to become our travelling companion and home from home. The motorhome that would soon be named Buzz and take us on a wonderful life changing adventure, we set off home. Even now while driving him I am occasionally  thrown back to that moment we took the keys, said our thank yous, waved goodbye and drove off in a luxury motorhome loaned to us with Italian number plates worth £10’s of thousands. We were more than a little nervous and somewhat pensive as to whether we could justify Laika’s trust in our abilities to tell our story as we travelled and lived in Buzz for the next year. 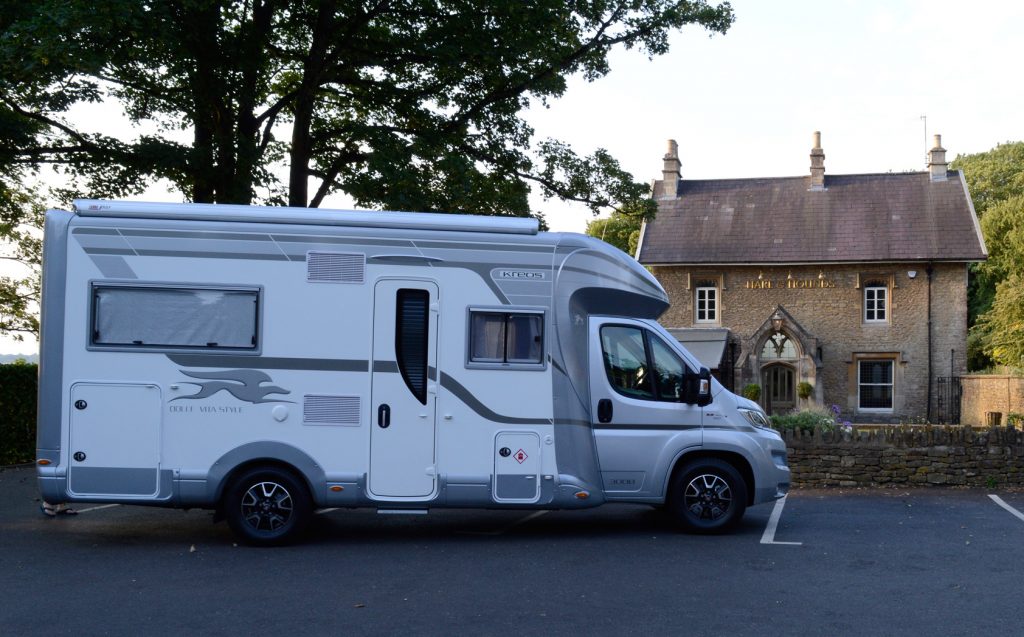 Buzz Laika on his first trip in Bath

Arriving home our months of wondering if it was some kind of cruel joke, a dream or some other kind of error turned into the realisation that we were actually going to have a motorhome for the next year to travel in and explore at our leisure. Our cautious plans were to become reality, were to become part of our life story. So began a frantic race to get ourselves sorted out, our business tidied up and Buzz packed for our first short exploratory trip in the UK and our first trip was not without incident!! 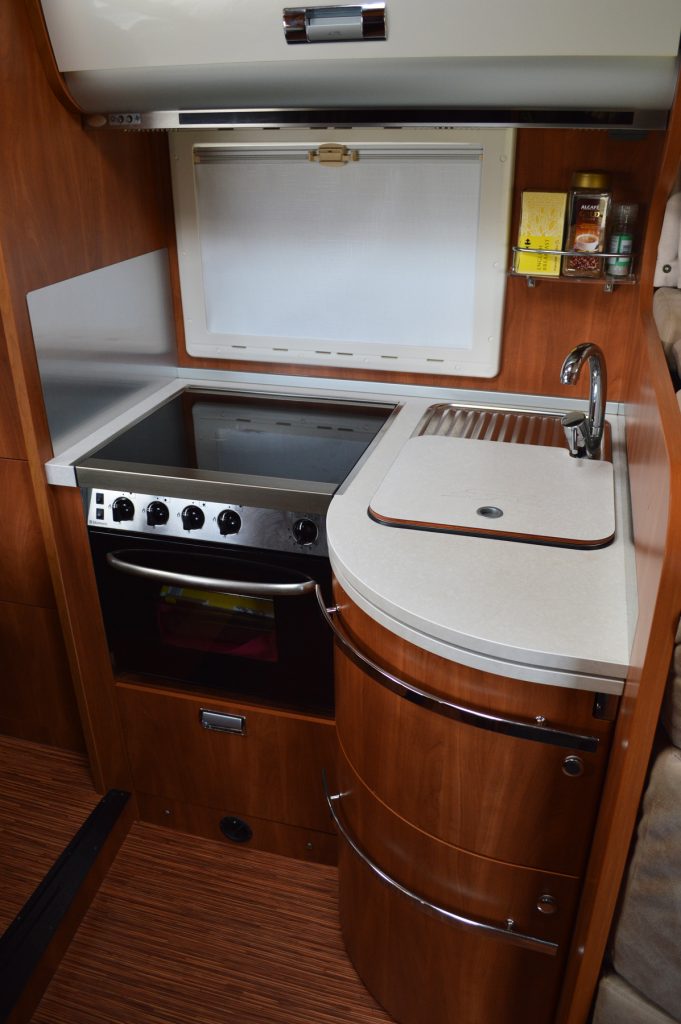 Our new cooking facilities in our new kitchen

An hour and a half down the road we realised we had no pillows, then no coffee and slowly but surely the list grew but undaunted we carried on to spend our first night in Bath. Things went well then in the evening the fridge started beeping (no gas) so we changed the gas over, at around 2am the beeping started again so we switched the fridge to battery.  After some frantic calls to Southdowns the next morning we discovered we had left home with virtually empty gas tanks! We just had to fill them up, problem solved. The rest of the trip went well and we grew in confidence, eventually feeling we would be ready for the big trip. The next big decision was to book the ferry to France and  plan our first couple of weeks. The rest of the trip we would make up as we went along. 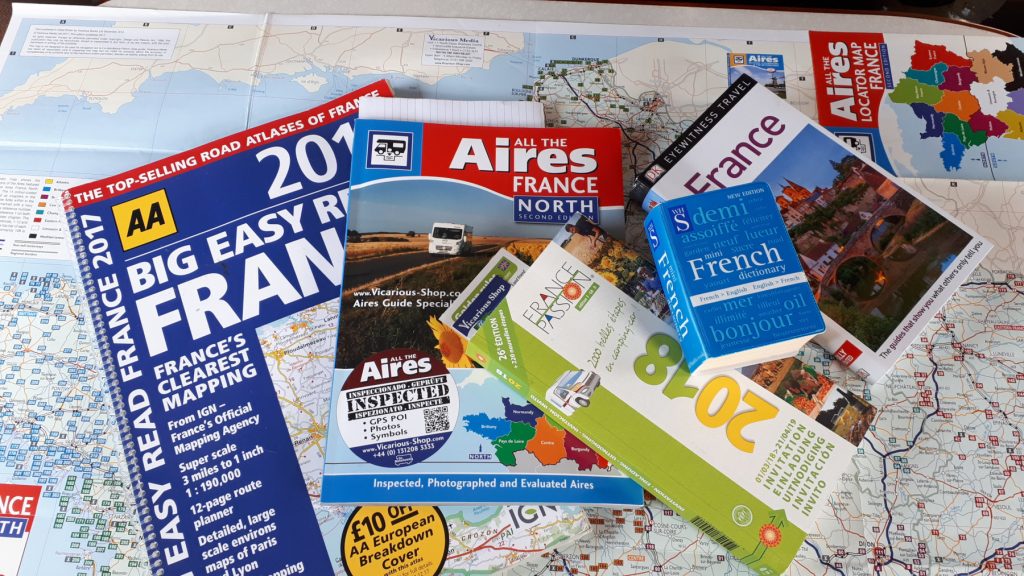 As the day approached our preparations ramped up along with the excitement and nerves. We were changing our life, virtually shutting our business down, working out the best way to run the bit we were maintaining. Closing the house up and importantly worrying whether we could really do this. In the end we were ready, setting off early for the 10am ferry from Dover to Calais, getting 20mins down the M20 and realising we had not packed the maps, aires, sosta’s and France Passion books. Taking the decision to turn around and get the books was a big one but we needed them and turn around we did, heading back home. However when we got home we found we had packed them after all, at which point we thought ‘this is going well’, lets hope things change and they did. Luckily the ferries were delayed and we left late but at no extra cost. 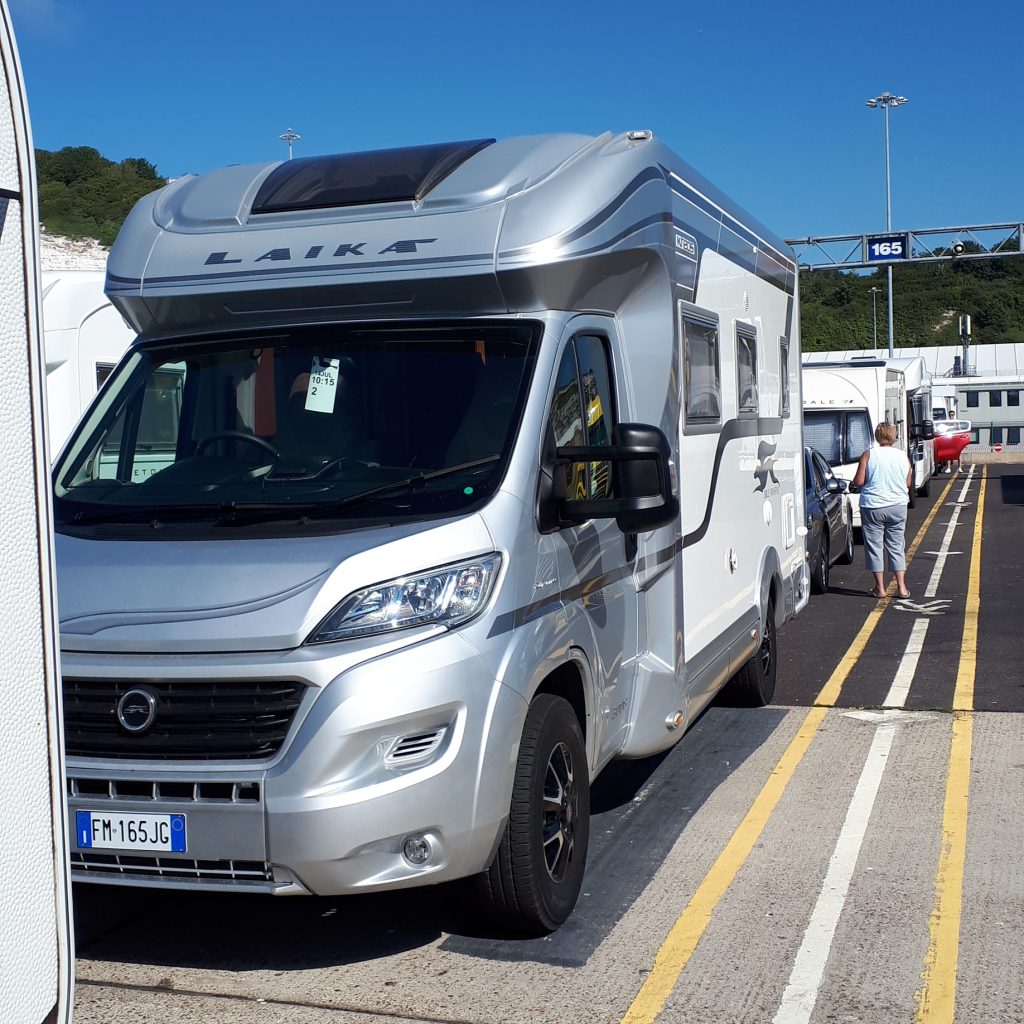 Finally in the queue to board the ferry at Dover

Arriving in France our first 2 nights were in many ways an amazing introduction to the true pleasures of motorhoming. Parked in the shadow of the medieval wall of Laon on our first night, we strolled into town returning back to find Buzz surrounded by hundreds of French cars and people. Realising it was Bastille day we grabbed a bottle of wine a couple of glasses and joined the crowd for the town firework display with fireworks exploding in the distance over Buzz. Our second night was equally exciting parked in Soisson it was world cup final day and France were in the final. Finding a nice bar we joined the locals and watched France win the world cup before heading out onto the streets to join in the noisy joyous celebrations. Yes we were going to enjoy our trip, it wouldn’t always be so exciting but it would always be an adventure. 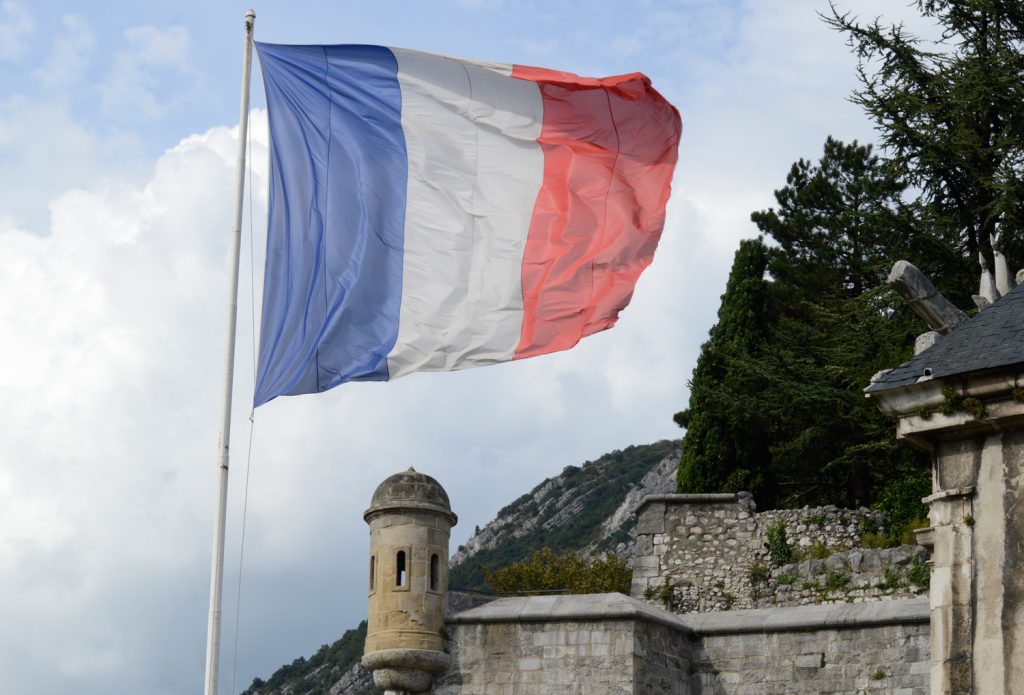 Our route took us on through Northern France including the Champagne region and down through the Alsace, Jura and round into the alps region and Lac Leman (Lake Geneva) before turning south east and into Italy heading to Susa then on to Turin. The Italian odyssey continued on through the beautiful Dolomites, the Italian lakes and through Verona, Palma and Modena before working our way to Florence and a visit to Buzz’s home the Laika factory. After visiting the lovely people at Laika we toured around the stunning and varied landscape of Tuscany and Liguria, before turning back to France and the Camargue natural park for a meeting with the Erwin Hymer Video team. We spent a few days visiting the area around Aix-en-Provence and Arles before spending 2 days getting battered by a storm hoping it would pass before Luke arrived for our first session of filming. As it turned out the weather cleared and we had 2 great days including my riding a horse for the first time in my life, I had ridden and elephant more often than a horse. The ride turned out to brilliant, riding out through the wetlands of the great Camargue. So the first part of our epic journey was drawing to a close as we turned north heading home for Christmas. 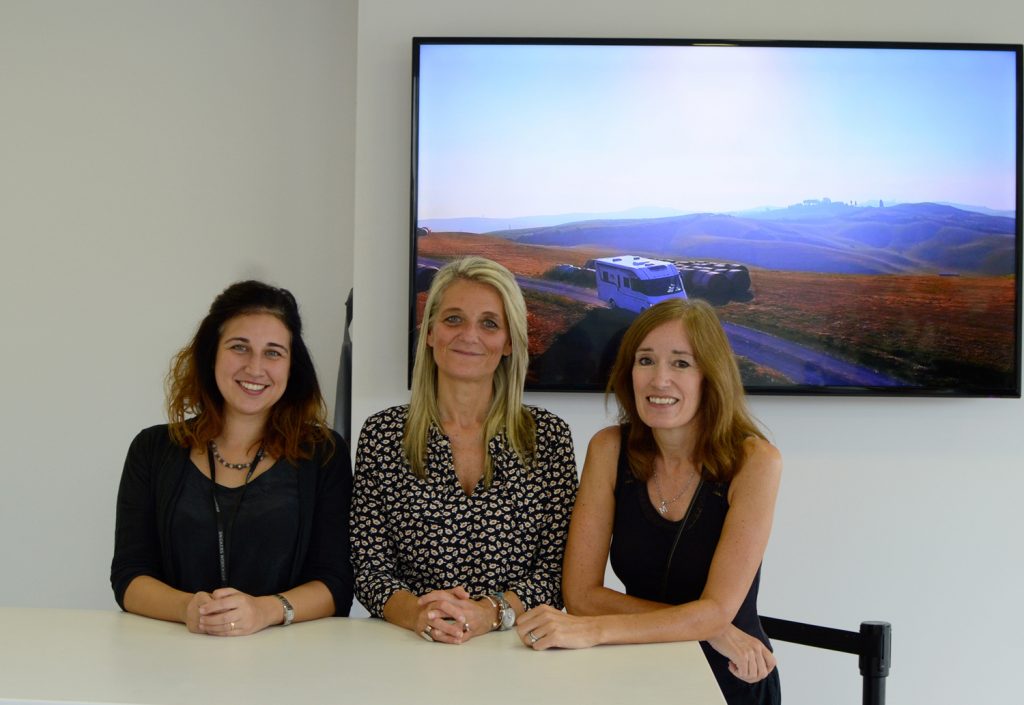 During our time at home we spent a few days visiting Christmas markets in France, Belgium and Germany. After Christmas the second leg of our journey saw us enjoying New Years eve in wonderful French company near Bordeaux with Marcella’s sister-in-law and her family. With new year behind us we made the short journey into Spain and San Sebastian then on to the stunning Andalusia, before travelling into and through Southern Portugal, back into Spain and our second meeting with Luke and the video team at Mojacar. After another couple of great days filming we worked our way back to Northern Portugal and Lisbon, Porto, the Duoro Valley eventually turning for home for what we thought would be the final weeks of our trip and to hand Buzz back at the end of May. As it turned out Buzz wasn’t leaving us, not just yet anyway, Laika and Erwin Hymer extended the loan until January and we set off on a short UK trip through Wales and the Cotswolds to celebrate. After a short break we decided to go to Germany, for me not having been there since the late 70’s with the Army and Marcella only having been for a very short trip it seemed like the place to go. So wet toured Southern Germany and Bavaria which we both loved before a final trip through to Spain for a close friends birthday before heading home for the last time in Buzz. 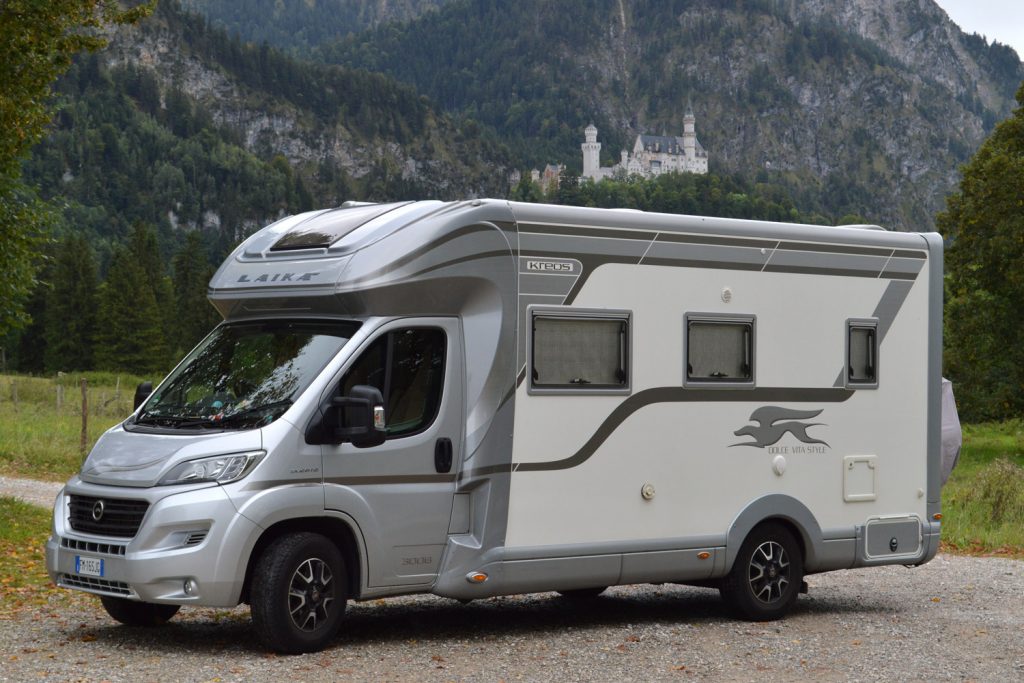 Since arriving home at the end of October 2019 things have changed beyond all expectation, as we sit here at the end of June 2020 living in Buzz on a drive the world has tipped on it’s head. Virtually the whole planet has gone into and is slowly creeping out of lockdown, wracked by a pandemic, normal life has been suspended. We have sold our house but cannot travel and Buzz though not yet ours soon will be, as a result our last journey wasn’t our last after all. It is fair to say we have learned so much and so much has changed, we know we can never go back to what we had and did.  We learnt we can live with so much less and in a small confined space. A space in fact not much bigger than one of our old stables. Even when we can’t go anywhere, we have learned that we can walk and talk together as often as we like, we can face whatever the world throws up at us and laugh about it and we have confirmed that we both love travelling and finding new places to visit, new foods to eat and new drinks to try. 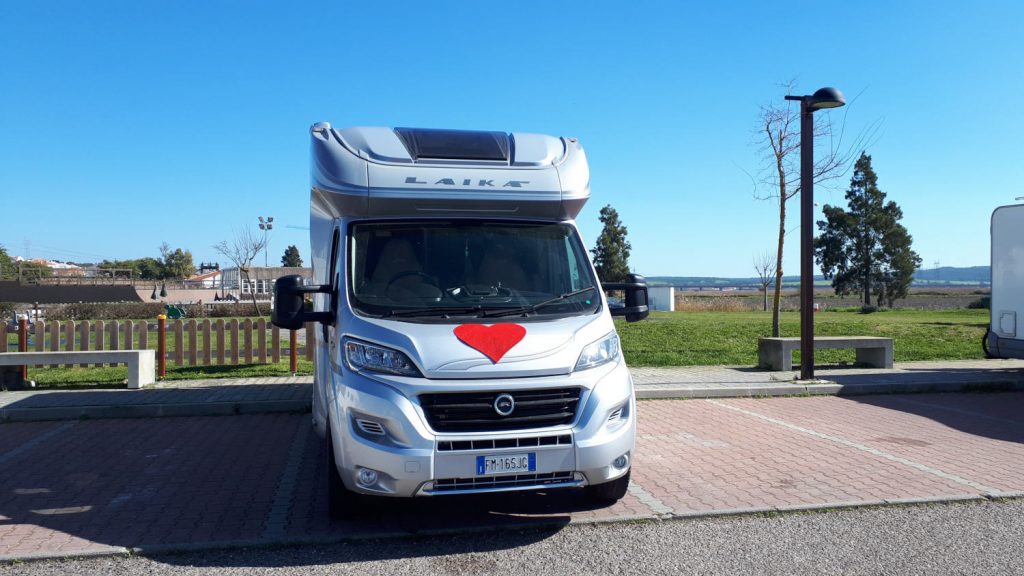 Thank you Buzz and Laika for a new life

We have learnt again to live as we did when we were children – Live for the moment and have fun, Thank you  Laika Caravans and Erwin Hymer group thank you from the bottom of our hearts and thank you all who have read our musings and ramblings. The future begins today, it always begins today and we wouldn’t have it any other way.