Our motorhoming adventure in Buzz the Laika Kreos continued to Praia de Augas Santas or ‘Beach of the Holy Waters’ which is better known as Las Catedrais beach (Beach of the Cathedrals), is a spectacular beach and cliff formation 10km to the west of Ribadeo. As it’s name implies the cliffs have a cathedral like appearance with big high caves and buttress like formations, due to erosion the beach is very popular. It is however potentially very dangerous, unfortunately for us we visited it at high tide with fairly high winds which just went to highlight the potential risk. 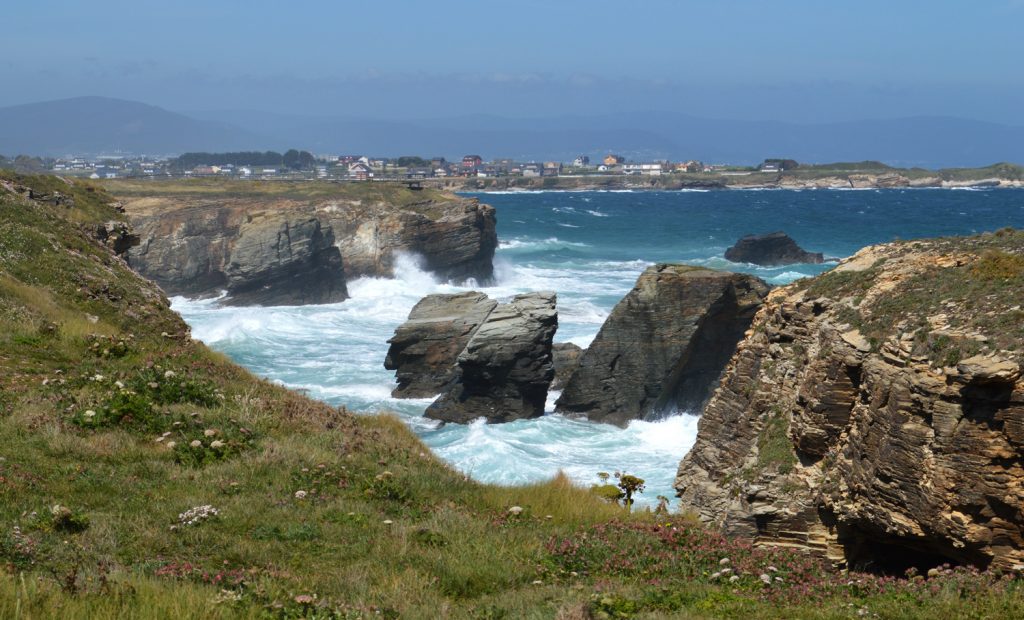 The beach was completely underwater with pounding waves, which meant we didn’t get to see these cliffs at their best but it was definitely a stunning scene. We can see that it would be very easy to get caught out by a rapidly rising tide as there are only a couple of routes down onto the beach. One of which had the evidence of a recent cliff fall straight onto a small access beach. However with the wind howling and sea crashing in we took our thermal mugs loaded with a fresh brew and sat enjoying the crashing waves and beautiful scenery, bliss. Oh well can’t sit there all day waiting for the tide to go out, places to be things to see and for us that was a jump along the coast into Asturias and Ribadesella. 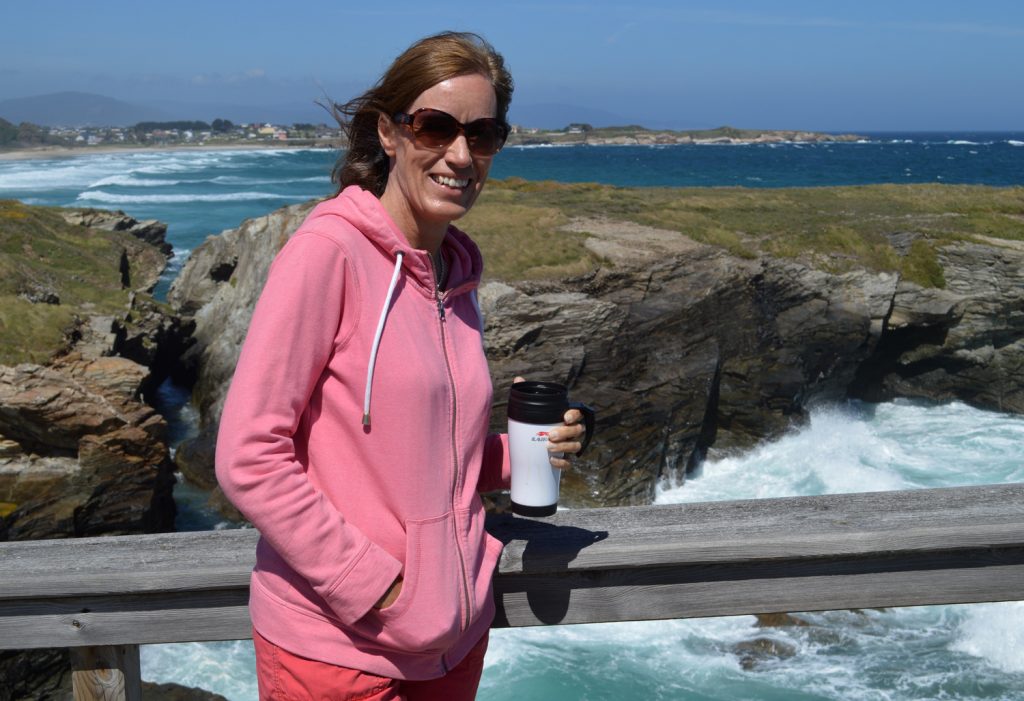 Arriving early evening we made our way straight to the small aire just out of the centre of town, nice and quiet with space for 5 motorhomes. Parked up it was on with dinner followed by a lazy evening playing scrabble and reading, with a nice cold glass of wine. 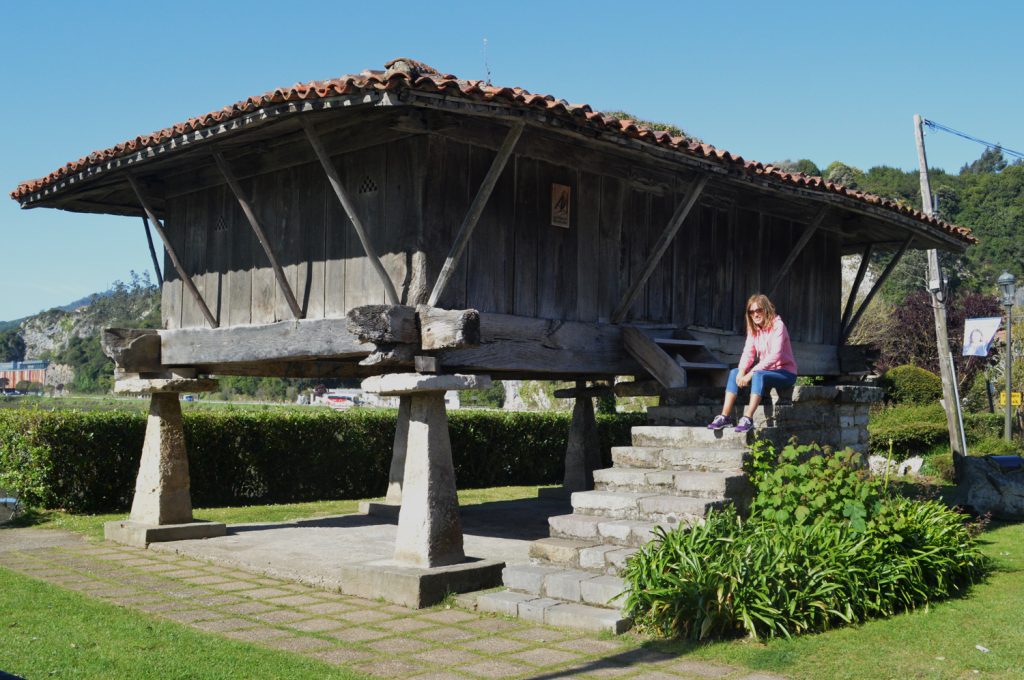 Morning bought a move down to the entrance of Cueva de Tito Bustillo, which is UNESCO recognised for it’s prehistoric cave paintings, it was also closed. It only opens a few days a week and only 360 tickets are issued per day, it will have to wait for another day. We however walked back across the river Sella the finish for the historic Sella Descent usually run on the first weekend in August, which starts 20km up stream at Arriondas and features over a 1,000 kayaks racing the 20km to Ribadesella. An event recognised by UNESCO as a world heritage tourism event. Another reason to come back, for me (J) at least. 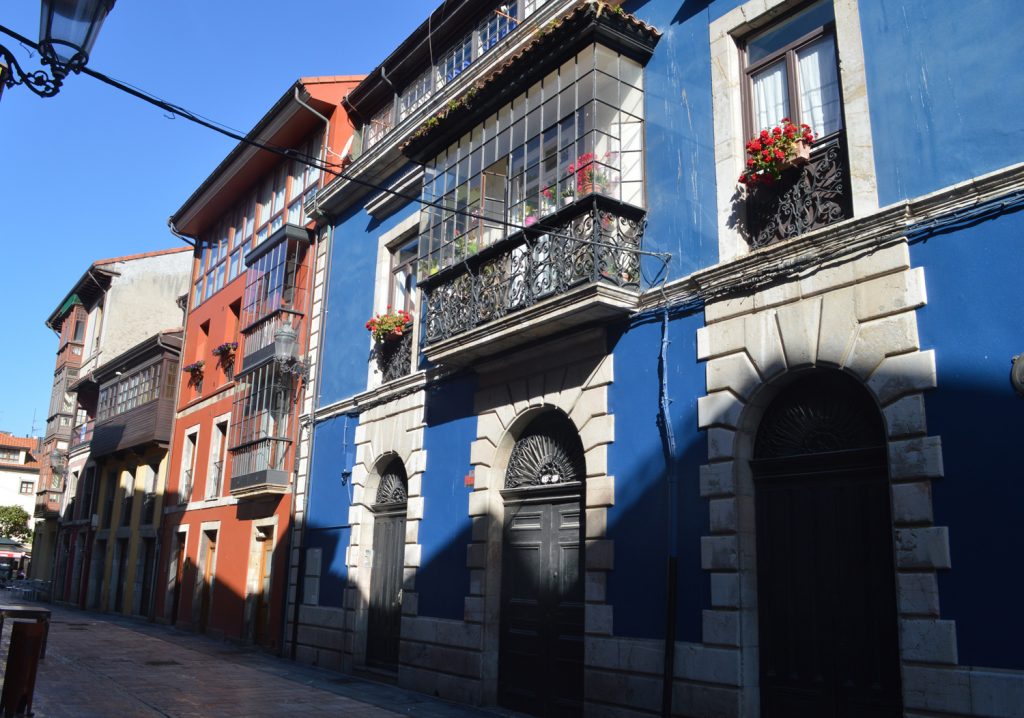 The town itself is a pretty place split into 2 halves either side of the Sell Estuary, one half being a holiday focused resort the other the old town. Suffice to say we headed to the old town, for what would be a short visit due to the need to get Buzz to a tyre Doctor for a bit of surgery on a newly developed slow puncture. Walking across the bridge past the marina to the old town and walking around, we discovered a pretty place full of Asturian character which is so different to the costas sitting on the doorstep to the Picos de Europa (the peaks of Europe). The architecture is more northern European than Iberian peninsular, with typically Galician glazed balconies and grand Victorian facades, the town gives off a feeling of old world grace. Walking through we spotted a sign we could read following it to a set of steps all painted with different colours with different quotes on. A project initiated by a local artist a few years earlier and creating and interesting look and pleasant diversion. 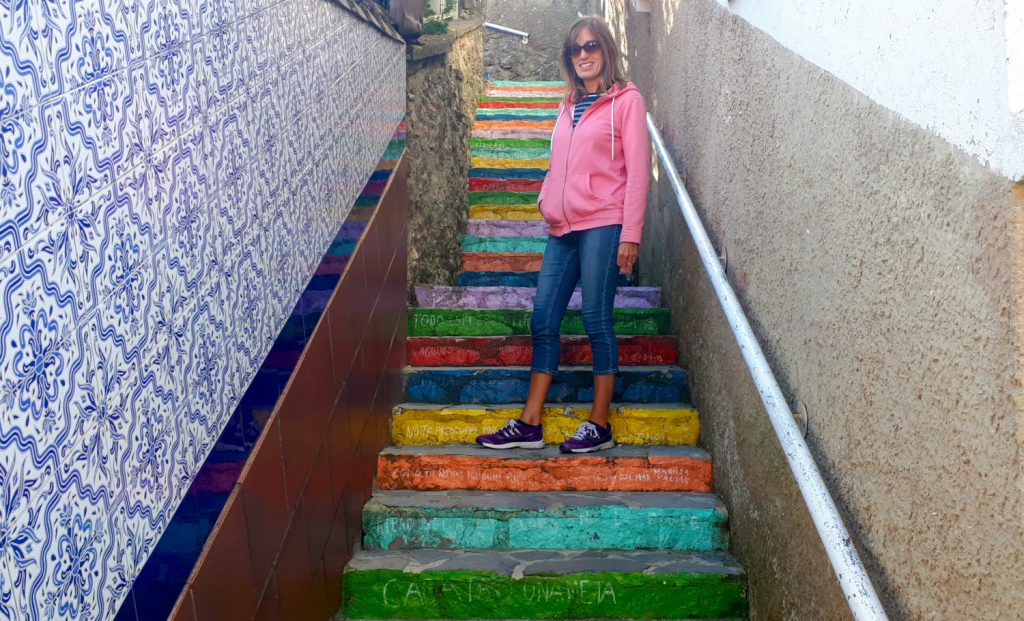 A pretty fishing harbour, and church overlooking the town add to the charm of what is also a bustling beach resort in summer, it has plenty to offer visitors especially in August for the descent which is accompanied by 4 days of festivities, eating drinking and partying. We were just 3 months too early and it was time to get Buzz’s tyre seen to which meant a 20km drive to the nearest tyre fitter a Euromaster in San Roque del Acebal. We were very lucky to turn up and get seen to straight away, within 20 minutes the tyre had been repaired, all the other pressures checked and we were on our way for the princely sum of 22euro. 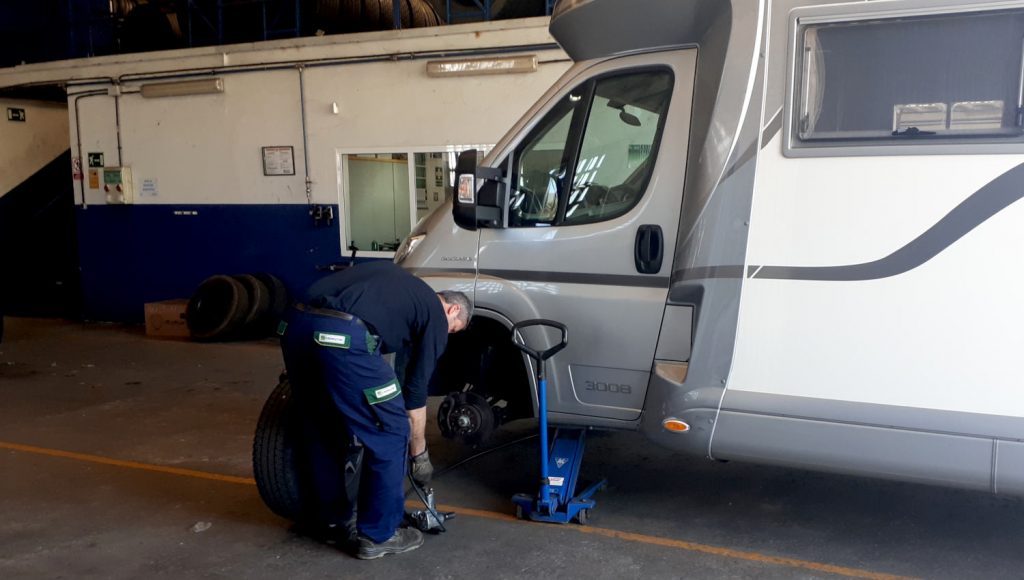 Ribadesella – Buzz getting his puncture repaired

Feeling happier we carried on to our next target, Santillana del Mar.