The Coast and A Castle

The Coast and A Castle

We woke up on Anglesey to a grim, grey day that wasn’t exactly a good invitation to explore.   Not having much of a plan we looked for ‘attractions’ on Google and set towards the coast to Almwich but when we got there we didn’t seem to find much, the weather was miserable and we slightly lost the will to look around.  Occasionally it happens that we’re just not really in the mood and with the weather conspiring against us we felt lethargic and uninspired.  It didn’t help that we had a package to post and Google led us on a magical mystery tour trying to find a Post Office supposedly 10 minutes away from where we’d parked that ended up taking us about half an hour to get to.  After lunch we drove around the coastline but our hearts weren’t really in it so we decided to abandon Anglesey and make our way back to the mainland and continue South. 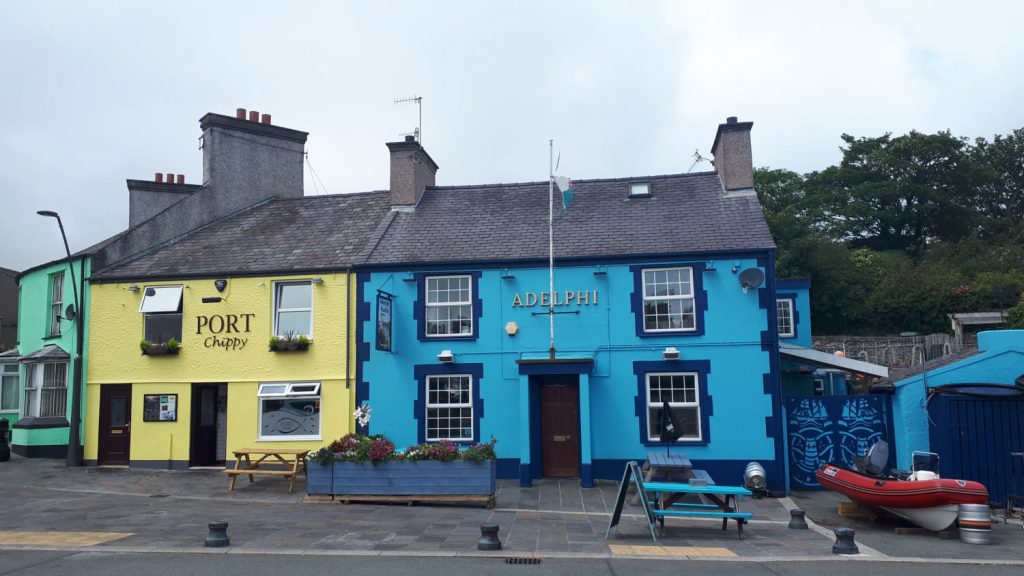 Unfortunately as we made our way along the A55 heading towards the Britannia Bridge it became clear there had been an accident and a quick search online told us there was lorry crash which was going to take a while to clear.  The traffic was moving slowly but we were already feeling fed up so pulled off and found somewhere to park and put the kettle on.  There happened to be a big gift shop and cafe next door so we got out to stretch our legs and found that we had unwittingly ended up in Llanfairpwllgwyngyllgogerychwyrndrobwllllantysiliogogogoch, the town with the longest name in Wales, and if you have the remotest idea how to pronounce it you’ve got one up on us!  And just in case you’re wondering, it means ‘The Mary Church by the pool near the White Hazels’. 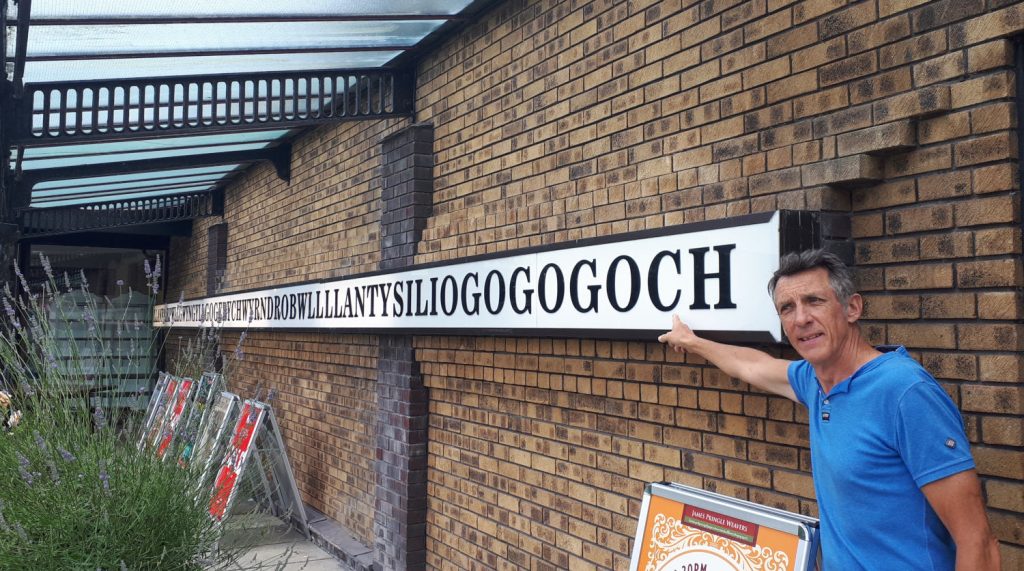 No idea how to say Llanfairpwllgwyngyllgogerychwyrndrobwllllantysiliogogogoch!

After a tea break and wander round the shop we checked the traffic again and the traffic seemed to have cleared a bit.   It was still quite early but we decided to abandon our ideas of travel for the day and just find somewhere to park for the night, relax for the rest of the day and continue tomorrow.  Using Park4Night.com  we found somewhere up in the hills to park, resolving to have a better day the next day.  The parking was in the middle of nowhere, up a tiny lane, high up above the Lleyn Peninsula coast near Llithfaen, shrouded in fog which just about finished the day off nicely. In the morning we woke with the same fog and no lovely view, which was definitely there but we just couldn’t see it and we were glad to drive away and get out of the gloom. 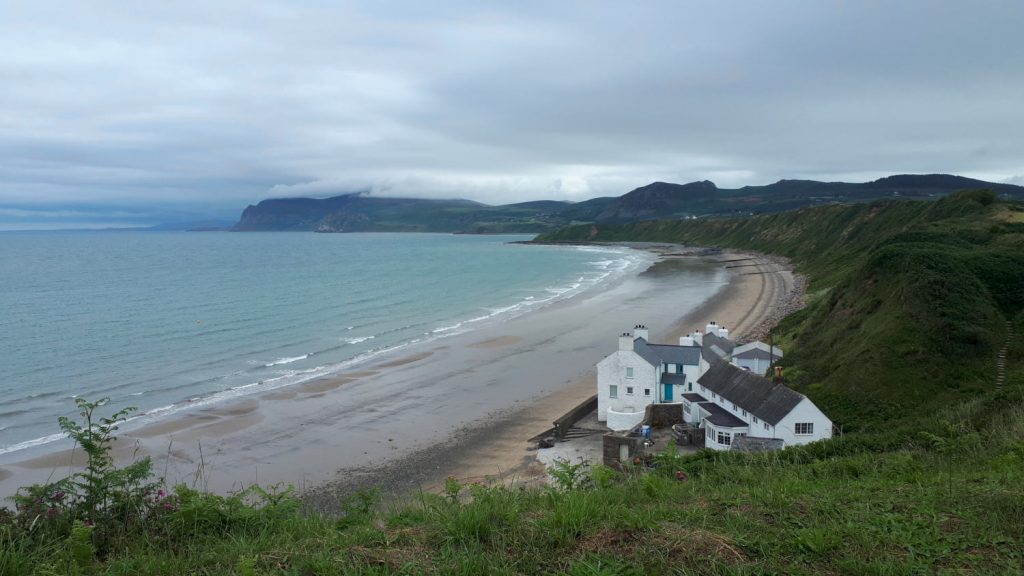 The beautiful bay and long sandy beach at Morfa Nefyn

We’d been told by fellow travellers that the area of Porth Nefyn and Morfa Nefyn were lovely and on looking them up found out that Morfa Nefyn has a beach bar that was voted one of the top ten in the world.   We drove past some beautiful little bays and through some cute towns but parking seemed difficult so we admired them from the motorhome and didn’t stop.  We carried on driving to the National Trust car park (N52.93627, E4.5585) and took a relaxed stroll along the wide, sandy beach towards Ty Coch.  After a breezy walk around the bay it was a welcome sight with a really cosy interior as well as plenty of tables outside with a wide reaching view across the bay. It was originally built as a Vicarage in 1823 and then converted to an Inn serving refreshments to local shipbuilders and proved to be the ideal spot for a warming coffee to wrap our chilly hands around. 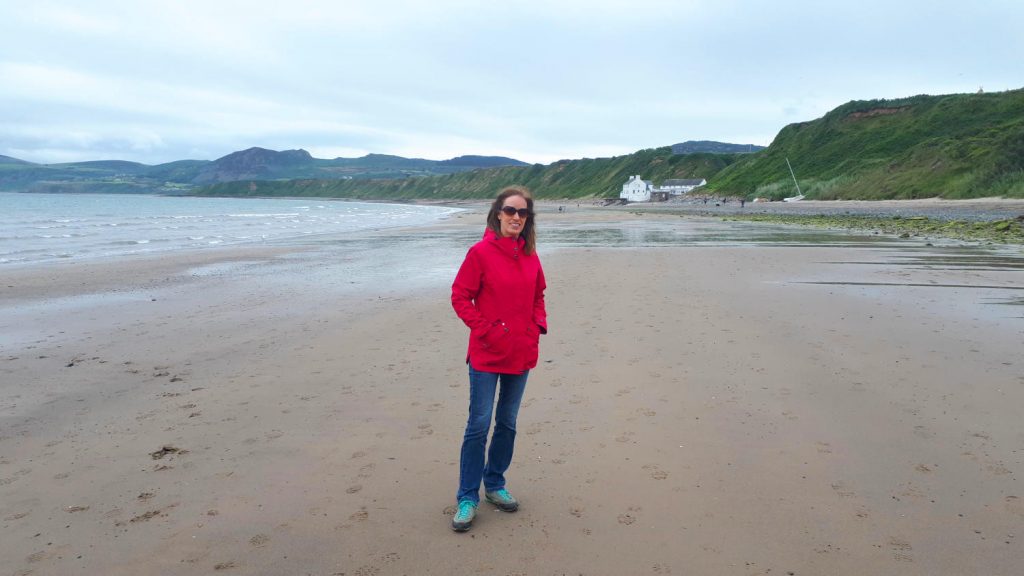 Coffee drank, it was back to Buzz for some lunch, taking a circular route back through the golf course, before carrying on to Criccieth.  The ruins of its twin towered 13th century castle looms over the town on a small rocky headland jutting out on the Trenadog Bay with wide sweeping views out to the sea.  There’s a nice little seaside picnic area where we found plenty of space to park and made use of the picnic table to soak up the sun that had finally decided to show its face. 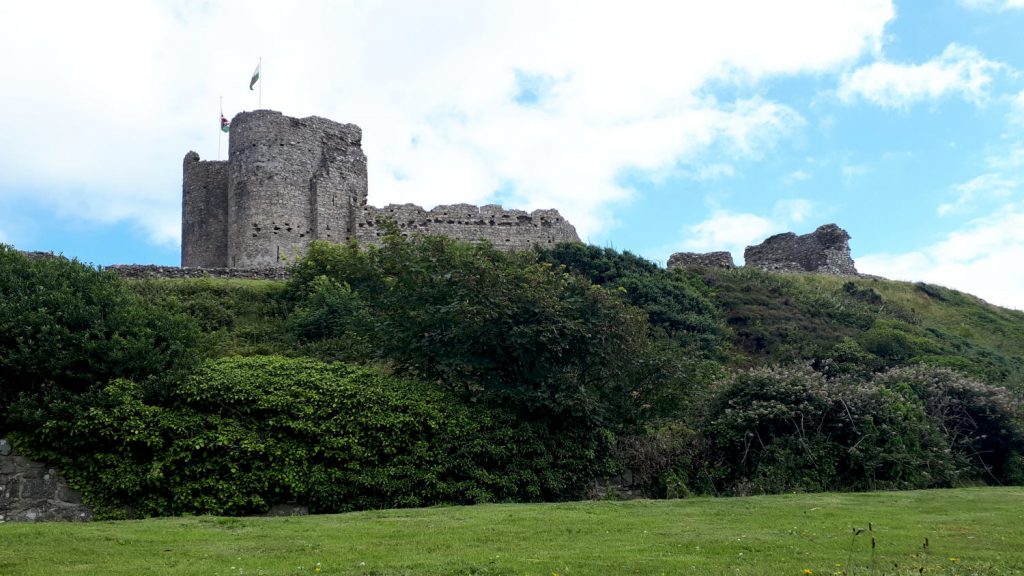 What remains of the 13th century Criccieth castle

It’s just a small town and apart from an ice cream shop that caught our eye, we felt we’d seen the best of it and intended to move on to Porthmadog. Unfortunately the council had other ideas and we discovered there would be nowhere to park …..